THOUSAND OAKS, Calif. - A charity flag football event in honor of fallen Ventura County Sgt. Ron Helus, the deputy killed in the Borderline mass shooting in 2018, has been put on hold after organizers say a local police chief and a Democratic politician derailed it because they didn't want Republicans at the event.

Jerseys with Sgt. Helus' name were donated by the L.A. Rams and footballs with his image were ready to be signed by Rams players. Sgt. Helus' wife had already met with organizers and supported the event.

The Blue Bowl was supposed to happen at Newbury Park High School on Sunday. Thousands of dollars had already been raised for Sgt. Helus' family, but now all that money is being returned to donors after organizers say Thousand Oaks Police Chief Tim Hagel convinced organizations to pull out of the event.

Mike Randall, Vice President of the Fallen Officers Foundation, which organizes the Blue Bowl, says things started going south when he allegedly got a text from Hagel saying there were serious issues with the event, specifically that the speakers would cause local political issues.

The Blue Bowl speaker list was bipartisan. It included Gov. Gavin Newsom's public safety liason, Trump supporter Scott Baio, who went to the same church as Sgt. Helus, as well as Trump-supporting singer Joy Villa, who was to sing the national anthem.

Randall says in a phone call, Hagel questioned why the Trump supporters were invited.

"He basically said over and over in the conversation this is not Trump country, that slogan 'Make America Great' is not favorable, popular, within 1,200 square miles, that we don’t want Republicans here, I could not believe it... We were totally floored by this comment, 'the only thing,' and I quote, 'the only thing you coulda made this worse, Mike, was to invite dick Cheney and Sarah Huckabee Sanders,' and I went...wow are you kidding me?" Randall said.

Randall told FOX 11 that Hagel also said he was contacted by Democratic Assemblywoman Jacqui Irwin who was allegedly upset that her previous election opponent local Republican attorney Ronda Kennedy had been invited.

Randall says Hagel told him to get rid of the Republican speakers or else he would tell the Venturas County Sheriff's Department and local politicians to pull out of the Blue Bowl. When he refused, he allegedly received a text from Hagel saying that after speaking with the Sheriff, they were respectfully pulling out, then, confirmed the decision in a phone call.

Randall said that caused sponsors and politicians to drop out. The Blue Bowl is now postponed indefinitely.

When FOX 11 reached out to the Thousand Oaks Police Department to get a comment from Hagel, we were referred to the Ventura County Sheriff's Department and Sheriff Bill Ayub provided the following statement:

The "Blue Bowl" event was represented as a charitable flag football tournament to raise funds for the family of Sergeant Ron Helus. An event that would honor Ron’s memory and provide support to his wife Karen and son Jordan. As the event began to materialize, we became concerned with the behavior of some of the organizers of the event. Although I believe the organizers had good intentions, the event was moving in a direction we no longer felt comfortable supporting.The Ventura County Sheriff’s Office has worked with hundreds of organizations, businesses and individuals over the last year to organize and plan successful fundraisers for the Helus family. To date, every event was successful and lifelong relationships were established. I’m deeply saddened this event did not work out.

In a follow-up statement released on Wednesday, Sheriff Ayub said:

"I initially gave my approval for support of the event organized by this out-of-state group. As we drew closer to the actual event, they seemed to become more focused on political agendas, and less and less so on the victims and their families. I felt it was in the best interest of the department, the victims, and our community to not directly participate in the event, which the organizers have since cancelled."

"The event organizers have now launched a vicious and calculated social media campaign against the Ventura County Sheriff’s Office — and specifically against Commander Tim Hagel, who serves as the Chief of Police for the City of Thousand Oaks, as he has done honorably for the past several years."

"During the past year, since the Borderline crisis, Commander Hagel has been both professionally and personally involved with all those impacted by the Borderline tragedy. He has personally attended every funeral service and been present at virtually every fundraiser. His focus has been and continues to remain on what is best for those impacted by this tragedy and what is best for Ventura County."

Joy Villa said she was disgusted with the apparent politics at play and sent the following message:

"I was gonna come up from Hollywood to support this, this is not okay, this is prejudice, hello? You’re shutting down an event because of the way conservatives think, because I support the president? This is disgusting, I’m appalled, and in all my years being an out conservative, I’ve never seen something so despicable like this."

Sheriff Ayub says Sgt. Helus' widow, Karen Helus, and their son, Jordan Helus reached out to the Sheriff's Department to expressed their disappointment over the negative publicity and provided the following statements:

As always, thank you for the continued and incredible amount of love shown to me and my family over the last year. I am saddened and disappointed that a charity fundraiser has turned into politically charged national news story. Since the tragic events of last November, I have intentionally avoided relating political causes to the loss of my husband. Unfortunately, the politics surrounding this flag football event turned into a distraction from the cause it was meant to highlight. Since this event has evolved into more about politics and less about our loss, I feel it is important to remind everyone that I have met our President on several occasions and continue to respect and support him due to his unwavering support of my family and all law enforcement.

I also want to thank my life long family at the Ventura County Sheriff’s Office for standing by me throughout this past year. They have been with me every step of the way from accompanying me to highly publicized charitable fundraisers to getting my nails done and going to lunch.

As you are probably well aware, I typically do not speak out on issues, but I feel it is important to do so now. With the recent developments of the Ron Helus Blue Bowl I'd like to clarify a few things from my perspective.

1: Tim Hagel and the VCSO pulled out of the event due to mutual agreement based on the growing political agendas surrounding the event. He is not a rogue chief of police and he is in no way any of the negative things some members of the community (the one he continues to love and support) are calling him. Knowing him personally, he is a kind hearted man who does not deserve to be treated in any other fashion as such.

2: The original intent of the event was to honor those lost at Borderline and have fun with the community in a friendly flag football tournament. As the event has grown in notoriety, the agenda of the event seemed to be changing from honoring the fallen, to becoming a political platform to speak and express personal views. The VCSO has no issue with freedom of speech coming from any political affiliation, but the purpose of the event was not to discuss politics on a stage that the deaths of 12 people created.

3: I have not spoken with the organizers of the Ron Helus Blue Bowl, and I do not believe they had done anything wrong in regards to organizing the event and inviting individuals from a variety of political views, beliefs, and mindsets. In fact, I am very thankful and appreciative of their efforts organizing such a large event. Where they went wrong, was taking conversation between them and the VCSO out of context and try to paint Tim Hagel as the villain. There was no villain. No one was in the wrong. The focus of the event changed and the VCSO no longer wanted to be affiliated with the newly perceived focus of politics. The only wrong done was slander on the part of the organizers.

As you can tell, I have strong opinions on this and I wish that things could just go back to how they were when the event was first presented. Both my mom and I were very excited and enthusiastic about the idea along with the VCSO, but I personally support their decision to withdraw from the event. That being said, I do not have all the facts and tend to keep a very open mind. My hope is that this was all a huge miscommunication and that the Blue Bowl organizers did not intend for the event to turn into a political stage.

As for Randall, he says the Foundation is offended by the Sheriff's original statement and they won't back down.

The Blue Bowl is a charity event meant to honor the lives of police officers who died in the line of duty. It's a co-ed flag football tournament and raises money for families of the fallen. 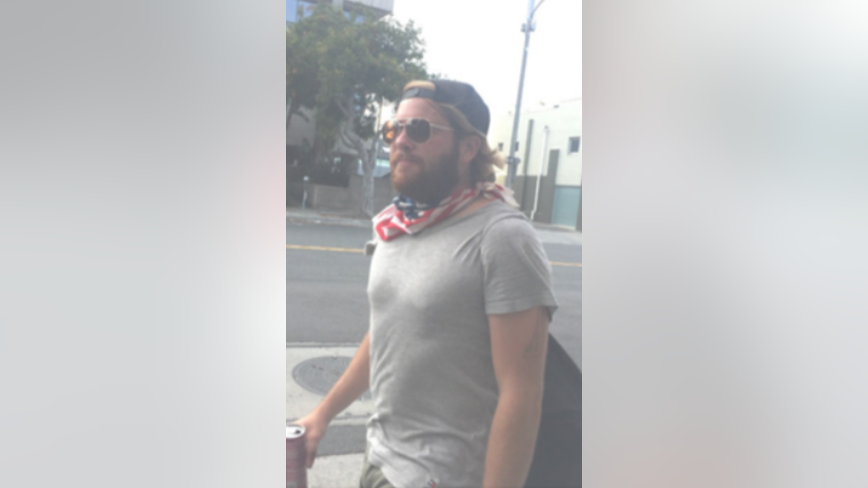