LOS ANGELES - Within just minutes you could learn if you have bladder cancer thanks to a technique used at USC medical center.

Bladder cancer is the fourth most common cancer among men. With this procedure, in less than an hour, doctors can detect any cancer in your bladder and in turn — save lives.

How does a doctor tell which cells are cancerous and which aren't? For patients with bladder cancer - it's as simple as white and blue. If you are diagnosed with bladder cancer you undergo a procedure called a cystoscopy — doctors inspect the walls of your bladder and look for any abnormal growths.

Typically it is done with a white light and it is tough to tell if anything is wrong. But the same bladder scans with blue light make it clear as night and day — or blue and white.

“We know we do a good job but we are missing tumors,” said Urologist, Sia Daneshmand from USC's Cancer Center.

Here's how it works:

• A special liquid is placed in the bladder through a catheter.
• The cancer cells absorb this agent and when you shine a blue light it emits fluorescence.
• If a tumor is present, it will glow bright pink under the blue light. 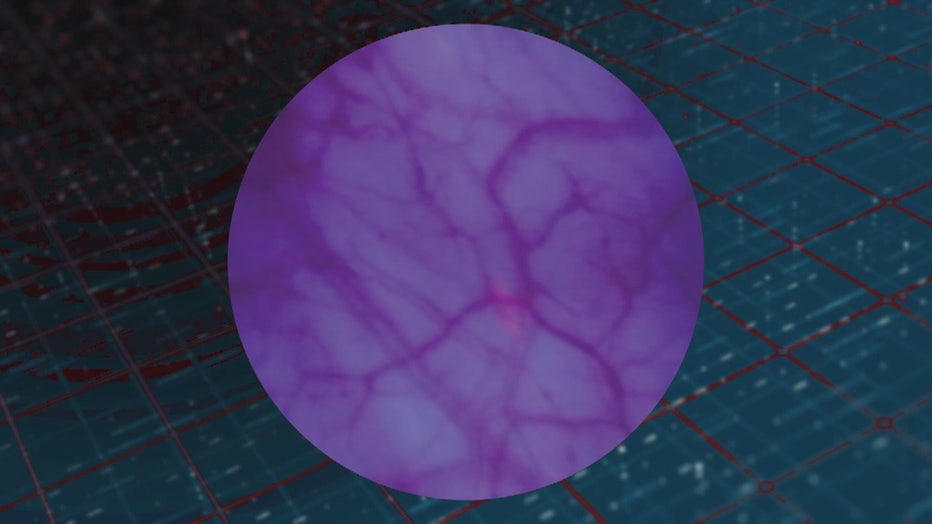 That could mean saving some of the 18 thousand people dying of bladder cancer each year.

One of the reasons it's so common is because bladder cancer has one of the highest recurrence rates. Thirty to 44 percent of the time a patient will be diagnosed with another tumor eight weeks after treatment. But the blue light procedure could change that.

“It's about ten to 12 percent increase in the detection of additional tumors and tumors we just can't see," Doctor Daneshmand said.

So essentially, of the 18 thousand people that died last year from bladder cancer, 10 percent of them, or 1,800 patients could have been saved with this technology.

The blue light technique has been around for almost a decade, so what makes what USC is doing groundbreaking? You can be inspected in an exam room — so there's no need for general anesthesia. USC is the only hospital in L.A. capable of the in-clinic exam.

Can this be used for other cancers? They are testing it on brain cancer patients. It's difficult to insert the agent into the brain as easily as it is to do for the bladder. But there are trials going on now for brain and colon cancer as well.