SANTA MONICA, Calif. - Calling Bill Cosby a "planner" who targeted young girls, an attorney for a now-64-year-old Riverside County woman told a Santa Monica jury Wednesday the comedian befriended his then-teenage client and her friend in the 1970s, and eventually put his hands down her pants and forced her to fondle him while at the Playboy Mansion.

An attorney for Cosby, however, said a late change in the woman's story about the timeline of events suggested the allegation is a "fabrication," and the actions of the then-teenagers after the alleged assault were "inconsistent" with a crime being committed.

Beginning the trial of the first sex-abuse lawsuit against Cosby to go before a jury, attorney Nathan Goldberg told the panel his client, Judy Huth, of Canyon Lake, met the comedian in March 1975 at Lacy Park in San Marino while he was filming the movie "Let's Do It Again" with Jimmie Walker and Sidney Poitier.

Goldberg said Huth, who was 16 at the time, was with her 17-year-old friend, Donna Samuelson, when they met Cosby. 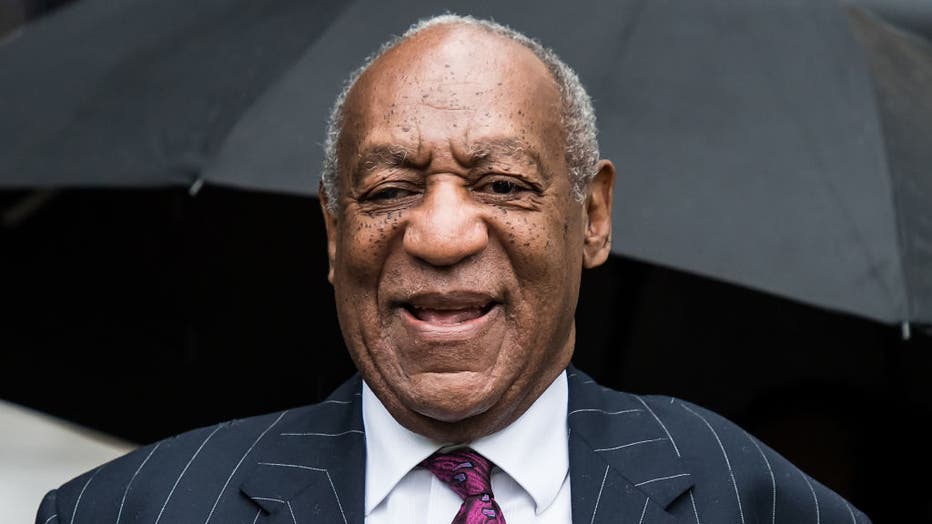 "He was a celebrity. He was well-known," Goldberg said. "He was as nice as could be."

Despite the girls' ages, Cosby urged them to return a few days later to watch him play tennis, after which he had the pair follow him to the Playboy Mansion, the attorney said. According to Goldberg, the trio went into a game room separate from the mansion itself, with Samuelson noting the room contained a bed with Vaseline and some towels next to it.

While they were there, Cosby began putting his hands on Samuelson's shoulders, but she resisted, so the comedian shifted his attention to Huth, Goldberg said. According to the attorney, Cosby eventually began kissing Huth and put his hands down her pants, prompting her to say, "I'm on my period," in an effort to get him to stop.

"It was humiliating, it was embarrassing," Goldberg said. "It was not something she felt good about."

Cosby eventually left after Huth started crying, according to Goldberg, who showed jurors a photo Samuelson took of Huth and Cosby in the game room.

Goldberg told the jury they will hear from two other women -- including one who was 14 when she met Cosby -- who will testify about similar encounters with the comedian.

"He's a planner," Goldberg said. "Why (else) is he hanging out with these young kids?"

The attorney said Huth repressed what happened for years, until other women began speaking out against Cosby in 2014. She filed her lawsuit against the now-84-year-old Cosby in December 2014.

"It was like a cork popped out of a bottle," he said.

Cosby's attorneys have questioned Huth's version of events, contending in court papers that Huth recently changed her timeline of the alleged encounter. Huth originally said she was 15 years old at the time and that the alleged attack occurred in 1974. But according to court papers filed by Cosby's attorneys with Santa Monica Superior Court Judge Craig Karlan, Huth "has a whole new story now: she claims that the incident happened in February and/or March 1975 -- shortly before her 17th birthday."

"It's not just a little mistake," Bonjean said. "It's evidence of a fabrication."

Bonjean also noted that while people respond to trauma in different ways, it is notable that Huth remained at the Playboy Mansion with Samuelson for about 12 hours after she was allegedly assaulted by Cosby.

"It seems a little inconsistent," she said.

She also suggested that there were other events in Huth's life that may have led to her emotional stress, including being in an abusive relationship and surviving a car crash in which five people died.

Goldberg noted in his opening statement that Huth wanted to leave immediately after the encounter with Cosby, but Samuelson suggested they stay and go for a swim.

Taking the stand as the trial's first witness, Samuelson said Huth was distraught when she confided in her what had happened with Cosby.

"She told me that Bill Cosby tried to have sex with her," Samuelson said. "She was crying, just very, very upset. I was trying to calm her down."

She said Huth did not want to call police, and said she hoped Huth would feel better after taking a swim at the mansion.

She noted that at one point during their time with Cosby at the mansion, the comedian introduced them to Hugh Hefner and his then-girlfriend, Barbi Benton. Samuelson, noting that she was wearing a hat to hide a bad haircut, noted how elegantly Hefner and Benton were dressed.

"I felt out of place there," she said.

Huth eventually reported her allegations against Cosby to the Los Angeles Police Department, but the Los Angeles County District Attorney's Office declined to file criminal charges because the statute of limitations had passed.

Huth was able to bring the civil suit under a California law allowing adults who say they were victims of sexual abuse as minors, but repressed what happened to them for years, to pursue such cases.

Cosby was previously convicted in a retrial in Pennsylvania of allegations that he drugged and molested Temple University employee Andrea Constand. He was sentenced in 2018 to 10 years in prison, but that state's Supreme Court overturned the conviction last June after finding that Cosby had obtained a nonprosecution agreement from a prior prosecutor.

The U.S. Supreme Court in March rejected a request from Pennsylvania prosecutors to review the state Supreme Court decision. The criminal case had put the Huth civil case on hold.