Bill Clinton hospitalized in OC with a non-COVID-related infection

Former President Bill Clinton has been hospitalized for a non-COVID-19-related infection.

"On Tuesday evening, President Clinton was admitted to UCI Medical Center to receive treatment for a non-Covid-related infection," Clinton's spokesman, Angel Urena, said in a statement on Thursday evening. "He is on the mend, in good spirits, and is incredibly thankful to the doctors, nurses, and staff providing him with excellent care."

University of California Irvine Medical Center in Orange, Calif., confirmed that Clinton is being treated there, Reuters reported. 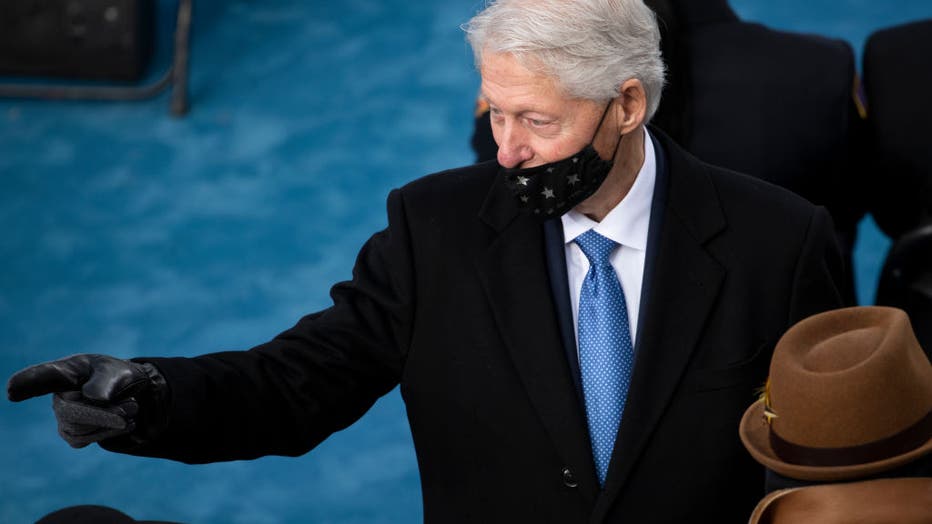 UNITED STATES - January 20: Former President Bill Clinton arrives to the West Front of the U.S. Capitol for the Inauguration of Joe Biden in Washington on Wednesday, Jan. 20, 2021. (Photo by Caroline Brehman/CQ-Roll Call, Inc via Getty Images)

Urena shared with Fox News a joint statement from Doctors Alpesh Amin, chairman of the Department of Medicine at the University of California, and Lisa Bardack, director of Hospital Medicine for UCI Health.

"President Clinton was taken to UC Irvine Medical Center and diagnosed with an infection," the doctors wrote. "He was admitted to the hospital for close monitoring and administered IV antibiotics and fluids. He remains at the hospital for continuous monitoring."

"After two days of treatment, his white blood cell count is trending down and he is responding to antibiotics well," the doctors added. "The California-based medical team has been in constant communication with the President's New York-based medical team, including his cardiologist. We hope to have him go home soon."

Just after midnight Friday, California time, former Secretary of State Hillary Clinton and her aide Huma Abedin were seen leaving the hospital and departing in a motorcade that was accompanied by local law enforcement vehicles. A Fox News reporter at the scene said Mrs. Clinton appeared also to be in good spirits, chatting with others as she exited the hospital.

Hillary Clinton was not in California on Tuesday when the former president was hospitalized, but she flew to California and attended a foundation event Thursday before visiting her husband at the hospital, the L.A. Times reported.