WASHINGTON - President Joe Biden signed the Emmett Till Anti-Lynching Act into law Tuesday afternoon. The bill is the first to specify lynching as a hate crime, over 100 years after such legislation was first proposed.

Biden acknowledged the long delay during remarks in the Rose Garden to lawmakers, administration officials and civil rights advocates, stressing how the violent deaths of Black Americans were used to intimidate them and prevent them from voting simply because of their skin color.

But the president stressed that forms of racial terror continue to exist in the U.S. — creating the need for the law.

"Racial hate isn't an old problem — it's a persistent problem," Biden said. "Hate never goes away. It only hides."

A 2020 version of the bill set the maximum sentence for lynching at 10 years. The bill Biden will sign Tuesday comes with 30 years in prison and fines for anyone conspiring to commit an act of lynching that causes death or injury.

On March 7, Congress gave final approval to the bill which allows the prosecution of crimes as lynchings if they are done during a hate crime in which the victim is injured or slain.

The House unanimously approved the bill and the Senate passed it by unanimous consent. Illinois Democratic Rep. Bobby Rush introduced this version of the bill in January 2021. He introduced a similar measure in January 2019 which was passed by the House but blocked by the Senate. 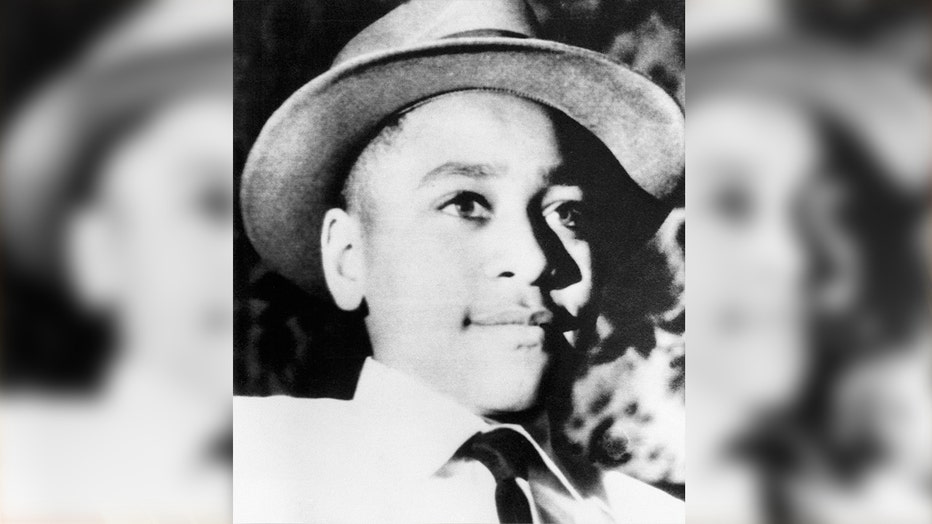 FILE-Young Emmett Till wears a hat. Chicago native Emmett Till was brutally murdered in Mississippi after flirting with a white woman. (Getty Images)

Rush said on March 7 passing the Emmett Till Anti-Lynching Act "sends a clear and emphatic message that our nation will no longer ignore this shameful chapter of our history and that the full force of the U.S. federal government will always be brought to bear against those who commit this heinous act," FOX32 Chicago reported.

The Emmett Till Anti-Lynching Act was among 200 bills that were introduced over the past century that have tried to ban lynching in America.

In the early 1920s, the NAACP began its efforts to pass an anti-lynching bill. Federal hate crime legislation eventually was passed in the 1990s — decades after the civil rights movement. 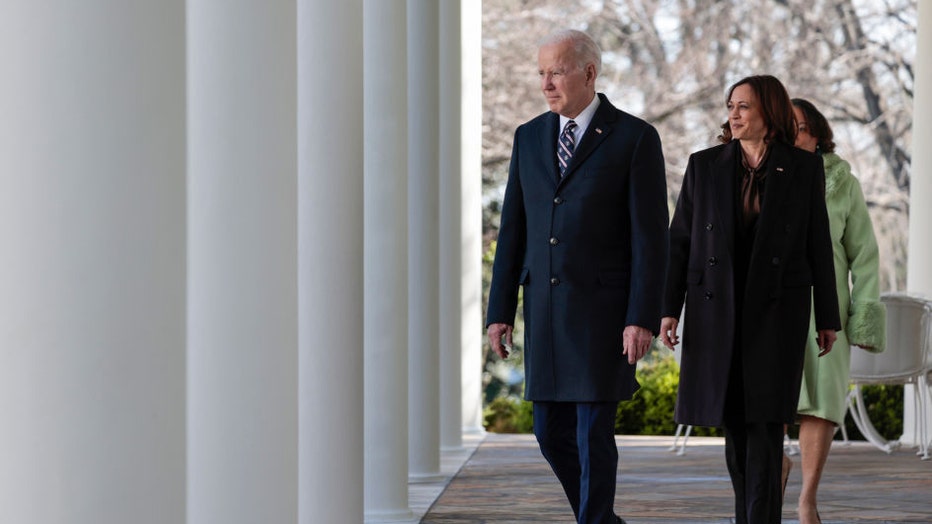 President Joe Biden, Vice President Kamala Harris and Michelle Duster, an author and the great-granddaughter of Ida B. Wells, arrive for a bill signing event for the “Emmett Till Antilynching Act."(Anna Moneymaker/Getty Images)

The bill is named for Emmett Till, a Black teenager who was brutally murdered in Mississippi in 1955. The 14-year-old was visiting relatives in Mississippi, from his home in Chicago that same year when it was alleged that he whistled at a white woman.

In 1955, Till was brutally killed and his mother insisted on an open funeral casket to show the world what had been done to her son. Two white men, Roy Bryant and his half-brother J.W. Milam, were accused, but acquitted by a jury composed entirely of white men. Bryant and Milam later told a reporter that they kidnapped and killed Till.

FOX32 Chicago and the Associated Press contributed to this story. This story was reported from Washington, D.C.