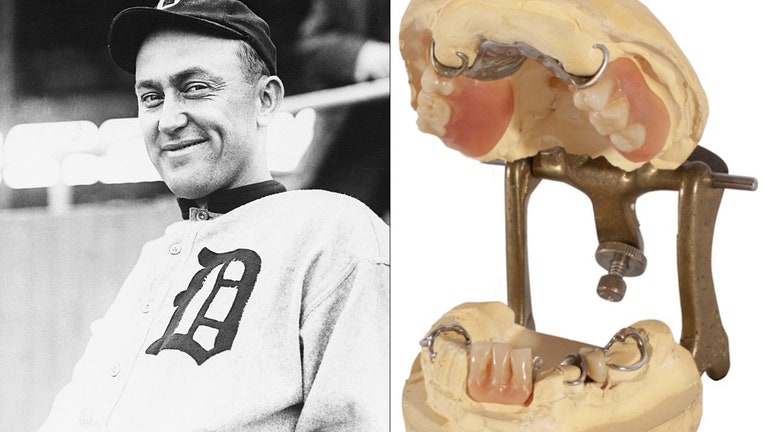 LAGUNA NIGUEL, Calif. - It’s often said "There’s a market for everything," and that certainly rang true when a bidder shelled out more than $18,000 to own dentures once belonging to baseball legend and Detroit Tigers’ center fielder Ty Cobb.

SCP Auctions said the person paid $18,840— to be exact— for the false teeth that were once displayed in the Baseball Hall of Fame Museum in Cooperstown, New York.

Currently, there’s no well-known explanation as to why Cobb’s dentures are so valuable. The dentures were held for years by author Al Stump and then Karen Shemonsky, according to SCP.

The name of the current buyer has not been disclosed.

Boy steals the show by imitating umpire at baseball game

A young boy stole the show at a baseball game in Hammond, Louisiana, as he imitated his idol – the umpire – on March 28. Credit: Hutch Gonzales via Storyful.

According to the National Baseball Hall of Fame, Cobb "may have been the best all-around baseball player that ever lived."

Cobb, born in December 1886, joined the Detroit Tigers in 1905 and stayed with the team for 22 seasons before two more years in Philadelphia.

He retired as the holder of 43 major league regular season career records, including the all-time batting average mark of .366. He won nine consecutive AL batting titles from 1907 to 1915 and three more in his career. He hit .320 or better for 22 consecutive seasons including over .400 three times, according to the HOF.