ORANGE COUNTY, Calif. - Smokey the barn owl is on the road to recovery after being rescued by firefighters during the Silverado Fire.

On Wednesday, Smokey the barn owl reunited with the firefighters who saved his life.

“He is one of the more feisty birds that we’ve had in a while and just really started doing well quickly,” said Serrano Hospital Vet Asst. Emma Van Etten.

Smokey is finally eating on his own and off his pain medicine…and now in a 30 day window to see if his skin can heal and some of his burned flight feathers can grow back. 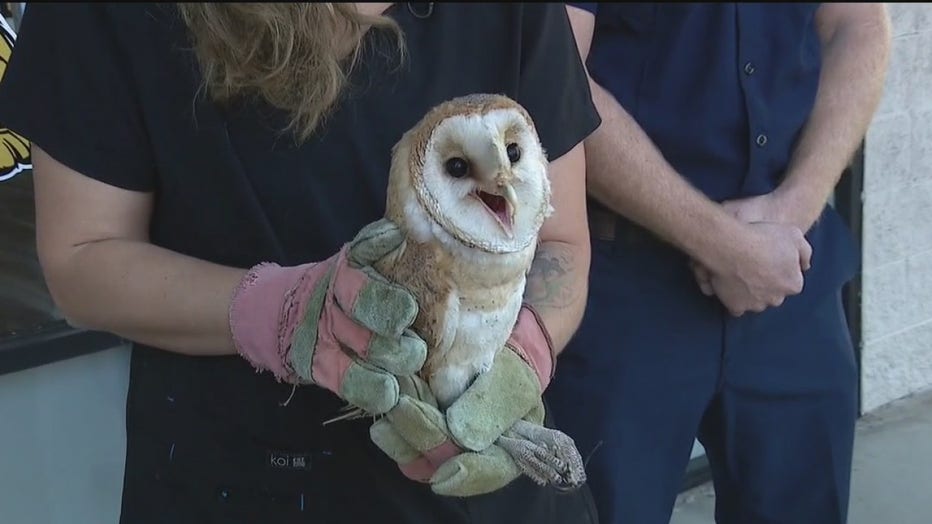 The loud shrieking sound he’s making is a good sign of improvement. When Orange County Firefighters from Station 70 found him the owl was quiet and barely moving and his wings were scorched.

It was day 2 of the Silverado Fire and Justin Chapman and Frank Granados were checking for hotspots in Irvine’s Orchard Hills when they spotted the white owl on the charred ground of the avocado groves trying to fly.

“I kind of joked around and said any of you guys ever catch a chicken and said oh well we’ll find out today,” said Frank Granados, OC Fire Authority Engineer. 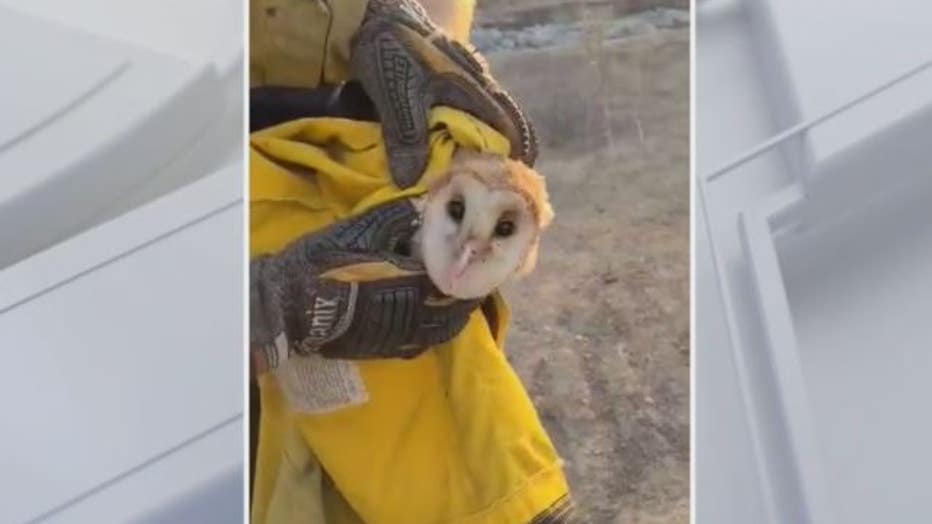 “We kind of shepherd it into this burnt out field.  And at that point once it got out into the open, we just made a break for it, we kind of kind did a flank and penser maneuver and we were able to get it to stop in its tracks,” stated Justin Chapman, OC Fire Authority firefighter and paramedic.

Chapman took off his fire jacket and wrapped it around the owl.

“That was kind of a surreal moment just kind of like well this is one of the parts of the job that you don’t ever think you’re going to do but it was more of like a, ‘I hope we’re doing something right and the bird is going to make it,” added Chapman. 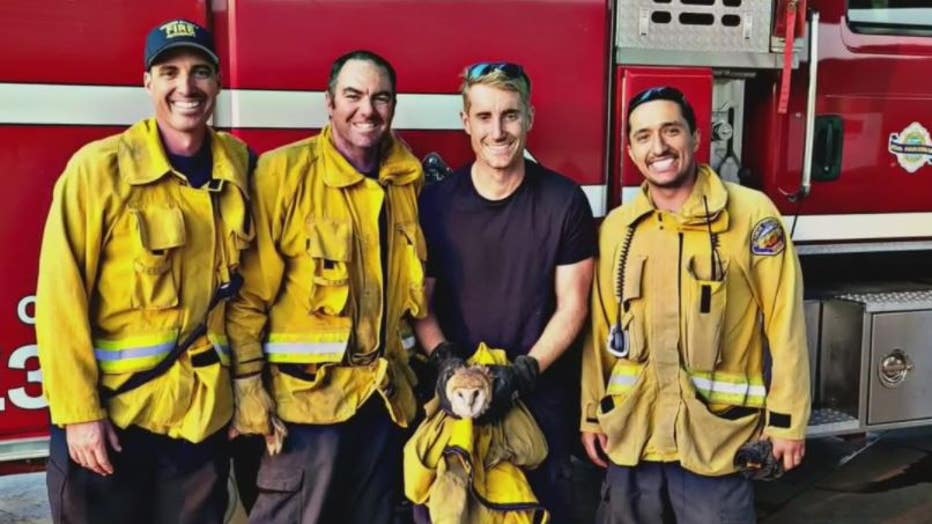 With the owl in the fire truck, motionless on Chapman’s lap they took him back to a nearby fire station.

Veterinarians are still caring for Smokey at the Serrano Animal & Bird Hospital in Lake Forest. Hopeful he can recover, rehabilitate and return to the wild.

“No doubt if they had left him there he would’ve died and suffered quite a bit. Absolutely, a bird without any type of flight capability isn’t going to make it either because they’re going to starve or they’ll be eaten by something else,” OC Bird Of Prey Center Exec. Dir. Peggy Chase.

Not the kind of patient these guys are used to caring for…but they’re grateful they could save a life in desperate need.

Once he fully recovers, Smokey will be transferred to the OC Bird of Prey Center, a non-profit of all volunteers, where they plan to release him back into the wild in the spring and let firefighters who saved him do the honors.