One of the officer's body cameras shows him firing his weapon at the charging suspect as he yells for the man to stop. Other footage shows the man appearing to raise the machete over his head before being shot.

Nathaniel Pinnock, 22, of Los Angeles, was shot on Nov. 25 around 11:30 a.m. near Sunset Boulevard and McCadden Place and died at a hospital, according to the Los Angeles Police Department. 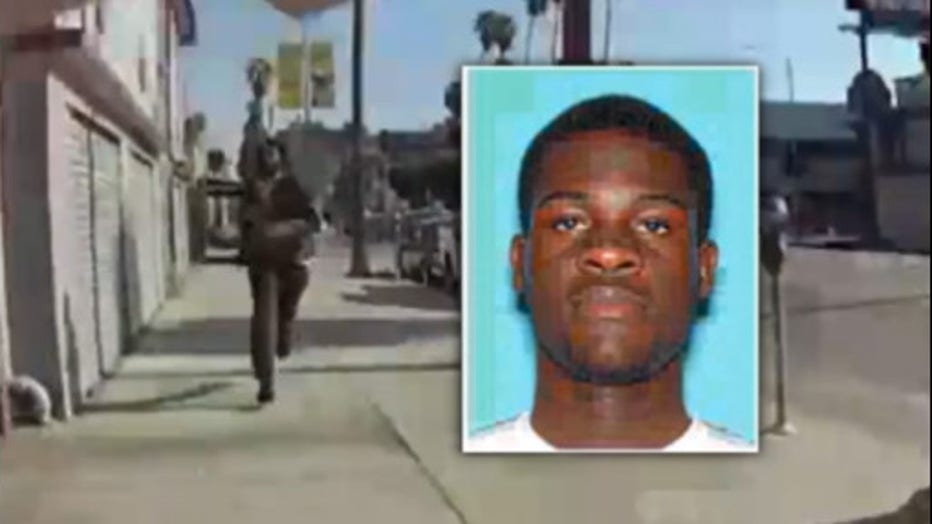 Shortly before the shooting, Pinnock robbed an auto parts store in the 1300 block of Highland Avenue near Fountain Avenue armed with a machete, and witnesses flagged down patrolling officers, who spotted him walking in the area, according to the LAPD.

The Hollywood Division officers, identified by the LAPD as Youssef Brady and Nicolas Padilla, followed Pinnock to a restaurant on the corner of Sunset and McCadden and saw him get into the passenger side of a patron's vehicle at the drive-thru. When the driver got out and fled, Pinnock got into the driver's seat, police said.

"One officer deployed a taser in attempt to stop Pinnock, but the taser was not effective.,'' Captain Gisselle Espinoza of the LAPD said.

Pinnock drove the stolen car out of the drive-thru at a high rate of speed and collided with two police vehicles before coming to a stop at the intersection of Sunset and McCadden, police said.

"As Pinnock exited the vehicle armed with the machete, the officers utilized additional less-lethal options,'' police said. These weapons included a bean bag shotgun, designed to fire a cloth sock filled with small metal pellets, and a 40-millimeter less-than-lethal launcher, which fires a foam projectile, according to Espinoza.

"Despite these efforts, Pinnock ran from the vehicle eastbound on Sunset Boulevard with the machete still in hand. The officers chase him on foot and after a short distance, Pinnock changed his direction and charged towards one of the officers while holding the machete in his right hand, resulting in an OIS,'' police said.

"We're still at the very early stages of this investigation, which can often take up to a year to complete,'' said LAPD Public Information
Director Josh Rubenstein.