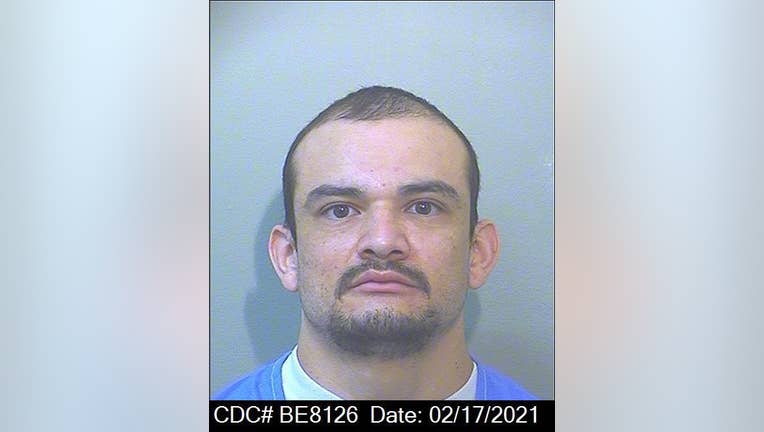 LOS ANGELES - A prisoner who walked away from a California Department of Corrections and Rehabilitation facility in the Los Angeles area over the weekend was back in custody Tuesday and facing possible escape charges.

Derbert Pineda, 32, was discovered missing from the Male Community Reentry Program facility about 7 p.m. Sunday, according to the CDCR.

Authorities found Pineda about 10:20 p.m. Monday in Los Angeles, according to the CDCR.

Pineda was serving a four-year sentence for vehicle theft with prior vehicle-related theft convictions, a second strike, the CDCR reported. He was scheduled to be released in October.

His case will be referred to the Los Angeles County District Attorney's Office for consideration of escape charges.