Noted artist Robert Vargas speaks on how he tapped into his inner-Mamba Mentality to honor another legend.

LOS ANGELES - To the music of Van Halen, a mural of the late Eddie Van Halen comes to life. Noted artist Robert Vargas took to the back wall behind the famed Guitar Center on Sunset Boulevard in Hollywood.

As the Van Halen song "Romeo's Delight" blared from a speaker, Vargas put paint on the stucco canvas. 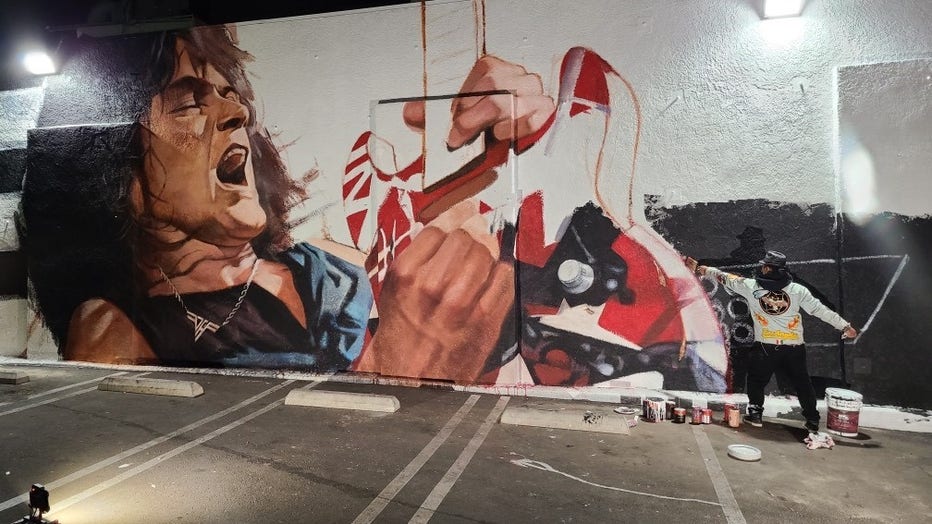 Vargas is known for painting instant portraits of everyday people to high rise murals with icons like Kobe Bryant. The unveiling date for the Ed (as he calls him) mural comes on Tuesday, January 26. 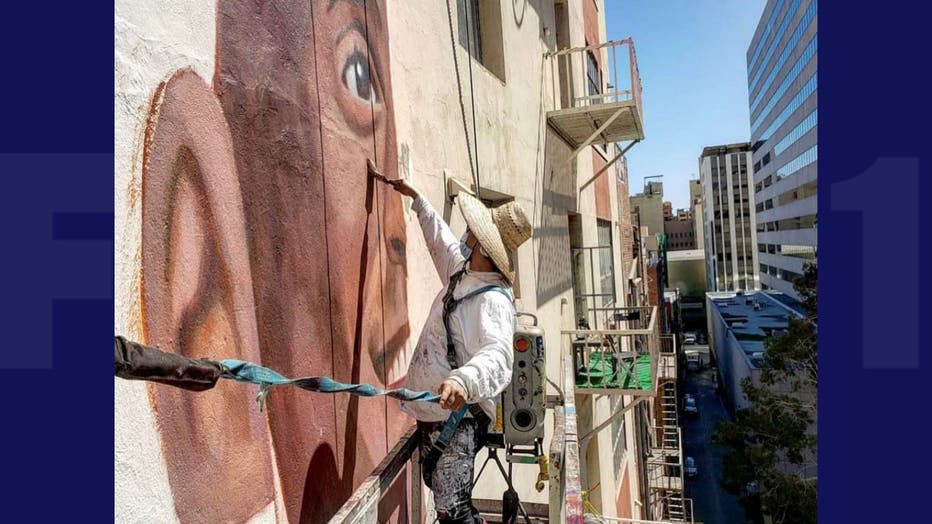 It's not only Van Halen's birthday. It's also the one year anniversary of the helicopter crash that killed Kobe Bryant, his daughter Gianna, and seven others in early 2020. Eddie Van Halen lost his battle with cancer in December of 2020. 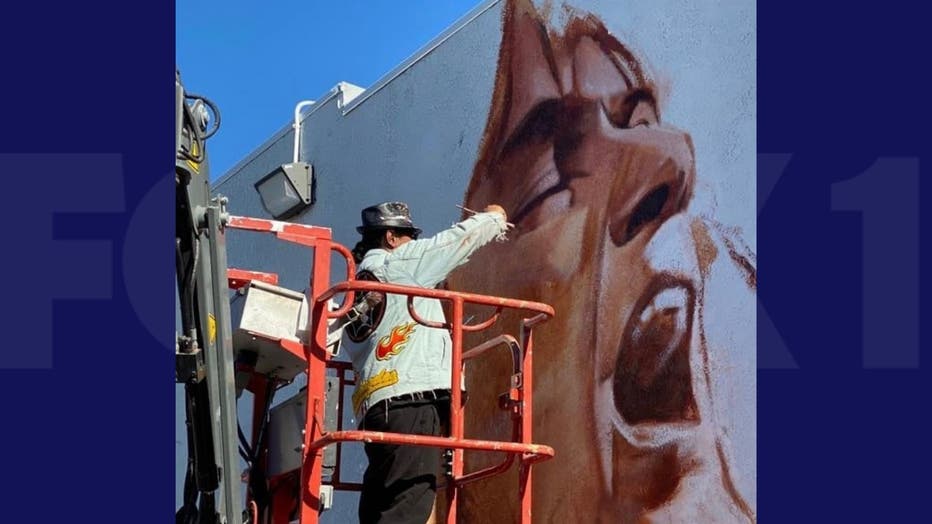 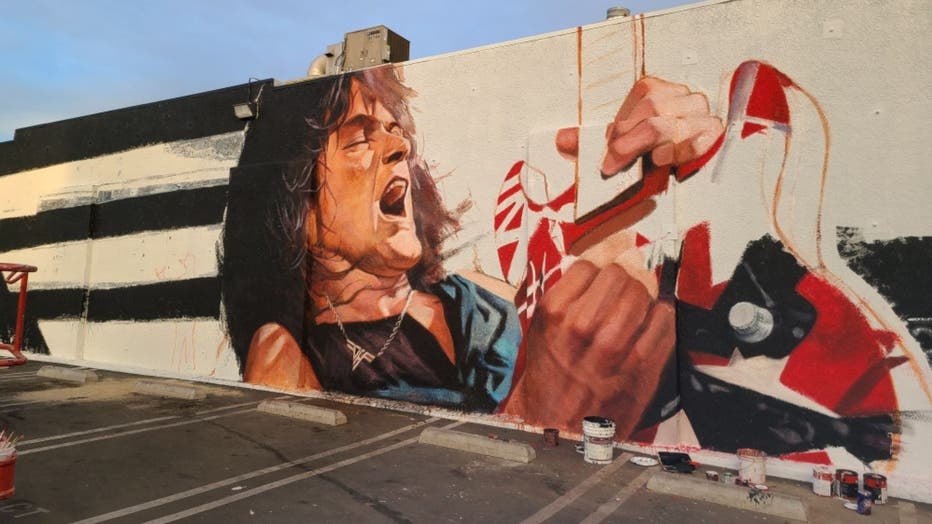 That Kobe anniversary is a reminder of the many murals in his honor. Vargas' masterpiece is his downtown highrise mural Angelus (Angel-Us).  It will be completed this summer.

Vargas says, "It's our way of saying 'thanks,' and LA pride." Vargas is starting another Kobe mural in Culver City next week.

In the meantime, he's completing his tribute to a guitar God. Despite LA's record heat on Saturday with winter temperatures in the '80s, Vargas kept at it. He credits the Mamba mentality.

Following Bryant's death, FOX 11's Christine Devine hosted a podcast series, Voices of the People: Kobe Bryant remembered, to hear from Angelenos on what the Lakers legend meant to them. You can click here to check out Devine's podcast.