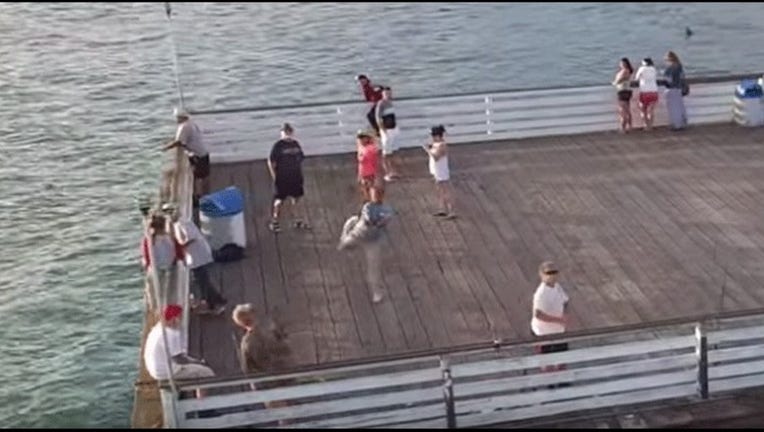 (FOX 11) A fisherman in San Diego who looks like he's just about had it with drones flying overhead decided to take matters into his own hands and hooked one with his line.

Video from a camera mounted to the drone zoomed in on several people standing on Crystal Pier Thursday in Pacific Beach. One fisherman looks extra annoyed with its presence -- and is seen casting his line toward the drone and nailing it.

The pilot, Tice Ledbetter, was able to land the drone without damaging it, FOX 5 San Diego reports. He unraveled the line and posted the video to YouTube.

The background music he added is amazing, and the video description reads: What a jerk! Gotta admit though, that cast was spot on!

Here's the video he was actually filming, which is beautiful.