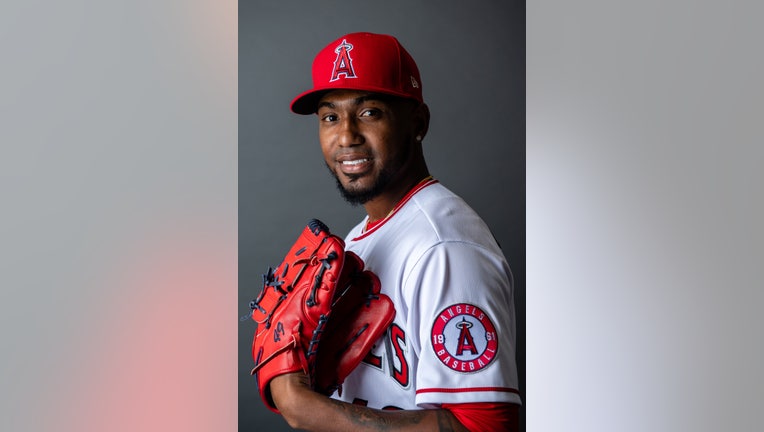 TEMPE, ARIZONA - FEBRUARY 18: Julio Teheran #49 of the the Los Angeles Angels poses for a photo during Photo Day at Tempe Diablo Stadium on February 18, 2020 in Tempe, Arizona. (Photo by Jennifer Stewart/Getty Images)

ANAHEIM, Calif. - Los Angeles Angels pitcher Julio Teheran has tested positive for the coronavirus, according to a report.

Teheran "said he started feeling headache, cold symptoms, chills, fever, body aches, two days before he was supposed to travel to Anaheim for summer camp'' and "didn't want to risk getting on plane to travel,'' according to Mike DiGiovanna of the Los Angeles Times. He subsequently tested positive
for COVID-19.

Attempts to reach the Angels for comment were not immediately successful.

The 29-year-old right-hander, a native of Colombia, is in his first season with the Angels after spending his previous Major League career with the Atlanta Braves.

The Angels are scheduled to play exhibition games Monday in San Diego,
Tuesday at Dodger Stadium and Wednesday at Angel Stadium against San Diego.

The team is scheduled to open the 60-game regular season Friday at Oakland with no fans present. Following a four-game series in Oakland, the Angels will play their home opener July 28 against the Seattle Mariners at Angel Stadium.