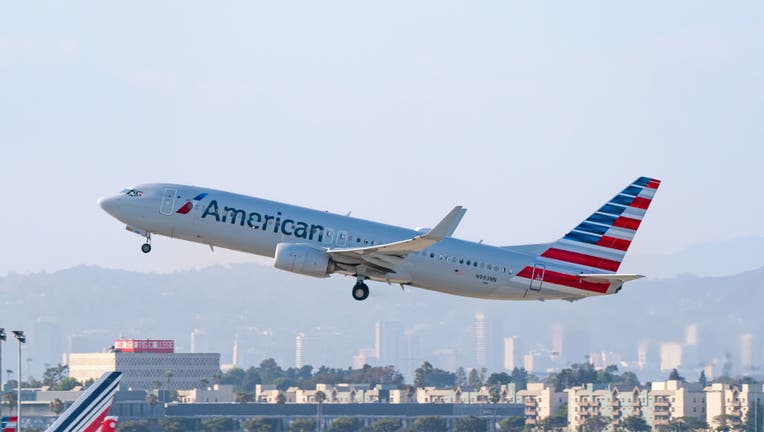 LOS ANGELES - An "unruly passenger" was arrested Wednesday for allegedly assaulting a flight attendant while traveling from Cabo to Los Angeles on an American Airlines flight.

According to the airline, law enforcement was waiting for American Airlines flight 377 when it landed in LA due to the passenger "who physically assaulted a flight attendant."

The aircraft was able to land safely and taxied to the gate, where law enforcement removed the person.

Alexander Tung Cuu Le, 33, of Westminster, was charged with one count of interference with flight crew members and attendants, a crime that carries a maximum sentence of 20 years in federal prison.

After the attack, Le fled to the back of the plane. Several passengers apprehended him. Due to safety concerns, Le was moved to a different row, and his hands and legs were cuffed. Officials say he attempted to unbuckle himself multiple times, so flight attendants had to restrain him with seatbelt extenders.

The incident was caught on video and shared on social media.

"Acts of violence against our team members are not tolerated by American Airlines. The individual involved in this incident will never be allowed to travel with us in the future, and we will work closely with law enforcement in their investigation," a statement from the airline said.

"We thank our crew for their quick action and professionalism to ensure the safety of their fellow team members and customers on board. Our thoughts are with our injured flight attendant, and we are ensuring that they and their fellow crew members have the support they need at this time."

The FBI is investigating.

Fox News contributed to this report.