Long lines of vehicles were seen at crossings on Ukraine’s eastern border after Russia invaded on February 24, 2022. Credit: Maxar Technologies via Storyful

Home rental company Airbnb is responding to Russia's invasion of Ukraine by suspending all operations in Russia and Belarus.

On Monday, the company announced its nonprofit arm Airbnb.org would offer free, temporary housing for up to 100,000 refugees fleeing Ukraine.

Chesky and Joe Gebbia, chairman of Airbnb.org, sent letters to leaders of Poland, Romania, Germany and Hungary offering help to house the refugees, according to Reuters.

Except for Germany, the countries share borders with Ukraine. 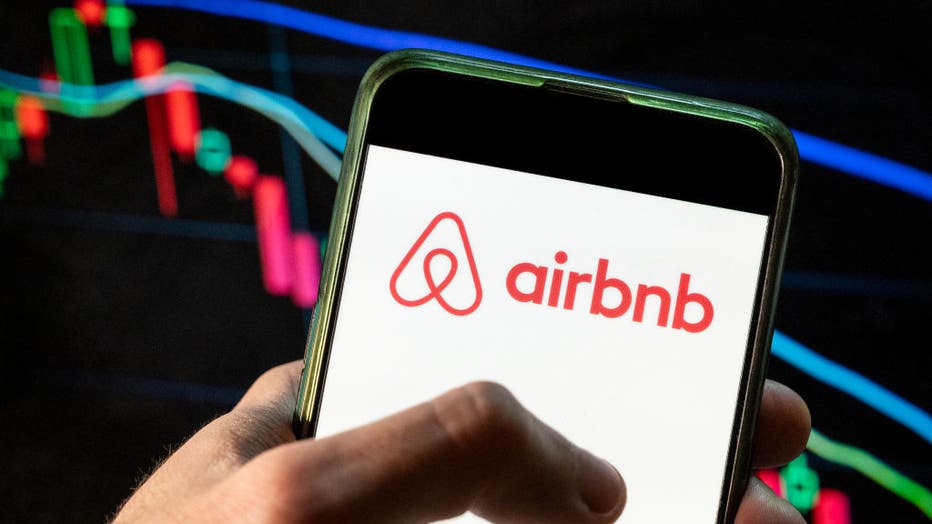 FILE - In this photo illustration the American online marketplace and hospitality service Airbnb logo seen displayed on a smartphone with an economic stock exchange index graph in the background. (Photo Illustration by Budrul Chukrut/SOPA Images/Ligh

Airbnb, donors to the Airbnb.org Refugee Fund and hosts of Airbnb.org will pay for the stays.

At least 300,000 Ukrainian refugees have entered the European Union so far after the Russian invasion.