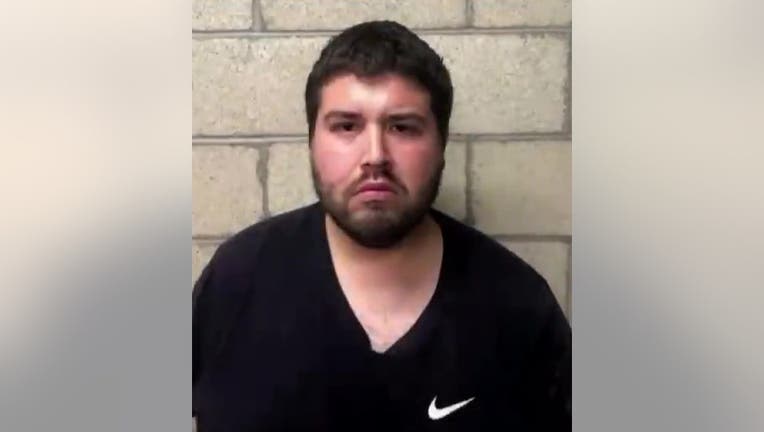 ORANGE, Calif. - Orange County prosecutors Friday added a hate crime charge to the case against a 26-year-old transient previously charged with anti-Asian hate crimes for allegedly attacking an elderly couple in a park in Orange.

Michael Orlando Vivona, 26, was charged in April with two felony counts each of inflicting injury on an elder adult and violation of civil rights with violent injury, along with sentence-enhancing hate crime allegations.

Vivona pleaded not guilty April 20 at his arraignment on the charges filed in April.

Vivona is accused of walking up to a couple of Korean descent about 7:35 p.m. April 18 at Grijalva Park and punching the pair without provocation, according to Sgt. Phil McMullin of the Orange Police Department.

The 79-year-old man and his 80-year-old wife "take a walk there almost six times a week," McMullin said in April. "And, unprovoked, this (suspect) just walks up and punches them in the face."

Multiple other people at the park, who were playing basketball at the time the couple was attacked, recognized Vivona for yelling at Kokumai as she was training at the park on April 1, McMullin said.

`They recognized him from the previous attack on Sakura Kokumai and surrounded him, McMullin said. "There was an officer right there across the street and we arrested him."

Vivona, who has been living out of his car, did not say anything before his alleged attack on the couple, but under questioning by police "made statements that gave us enough information to determine the attacks are racially motivated," McMullin said.

The male victim who was punched in the face also cut his knee when he fell and was treated by paramedics at the scene, McMullin said. Neither he nor his wife needed to be taken to a hospital, the sergeant said.

Vivona pleaded guilty in April 2018 to a misdemeanor count of disobeying a domestic relations court order and was placed on three years of formal probation. He has had probation revoked three times, according to court records.