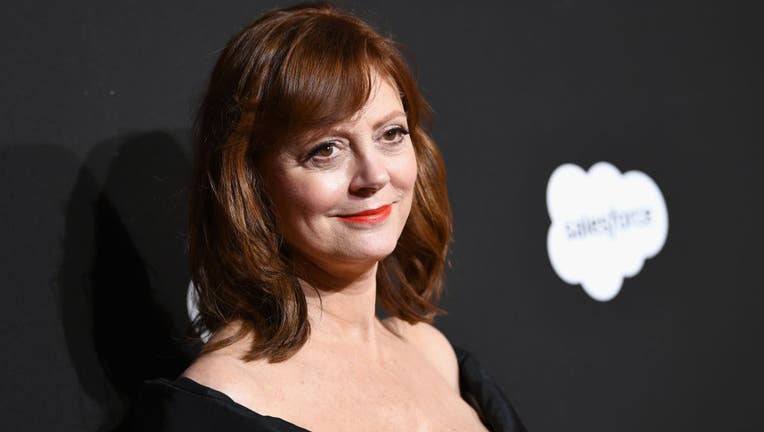 Sarandon shared a TikTok video showing a stretch of Oakland lined with homeless encampments. She reposted the video from homelessness activist Thomas Wolf.

The video is taken from the vantage point of a car showing streets lined with tents and trash.

While Sarandon didn't caption the video, the original post did, saying "This isn't a shanty town in India. This is Oakland, CA. The crisis of our generation."

Sarandon is no stranger to resharing what some consider controversial videos on social media. Earlier this year, Sarandon faced backlash from law enforcement for sharing a tweet comparing officers gathered at a slain NYPD detective's funeral to fascists.

"So, if all these cops weren't needed for CRIME that day, doesn't that mean they aren't needed ANY day?' she tweeted. The New York Police Department responded saying, "This is what privilege looks like: a wealthy actress, safe in her bubble, mocking heroes & making light of the crisis that cops are battling alongside our communities."

Sarandon has long been outspoken on her views of homelessness.

In 2015, she teamed up with her son Jack Henry Robbins to make a documentary, "Storied Streets," focusing on homelessness.

During an interview with TODAY, Sarandon said "People think the homeless are all just drug addicts or something and actually the leading cause of homeless is a lack of affordable housing, the second is a lack of a living wage, the third is health care, the fourth is domestic violence, then you have all these veterans coming back, then you have mental health issues which of course if you are on the street chronically for a year and a half, that usually is really serious."