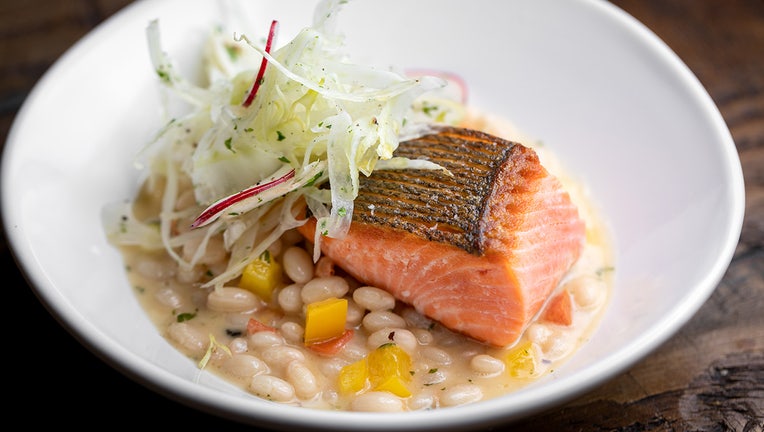 LOS ANGELES - So close to the beach you can almost sip a margarita with your toes in the sand, The Pier House is now open at the foot of the Venice Pier in Washington Square.

Previously, The Venice Terrace for more than 70 years, Venice Restaurant Group (VRG) partners, led by 30-year Venice local Mike Dobson, took over the space a year ago and closed down The Terrace and next-door Pizza by the Slice in February to create something they believe was missing from the Venice market.

In mid-July, they re-opened their doors to The Pier House and sister restaurant, Cartolina, that pay homage to the history of the iconic Venice Pier. 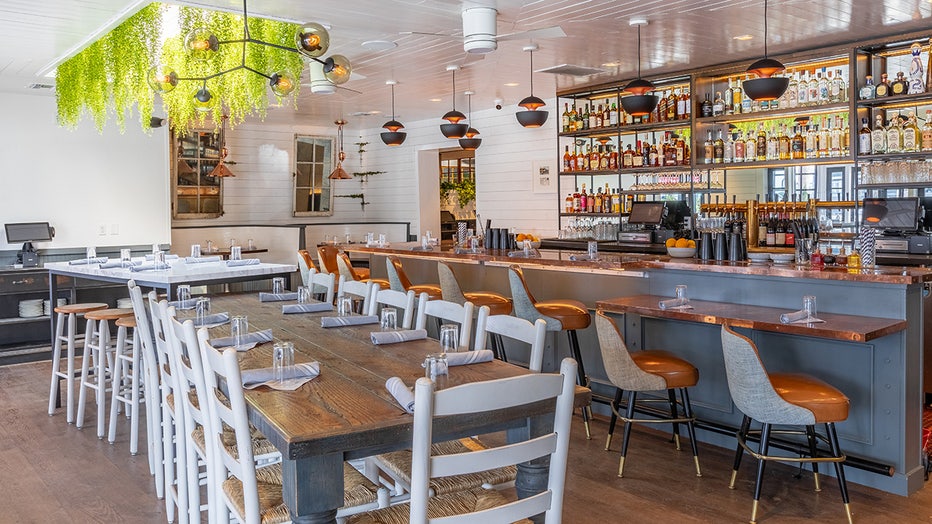 Executive Chef Nick Liberato, who just wrapped a new Netflix series debuting in December called “Restaurants on the Edge,” has returned to Venice Beach to lead the kitchen at The Pier House. Liberato was one of the original cuisine experts on Bravo’s “Bar Rescue” and served as Executive Chef of the Venice Whaler for five years, also owned by VRG. 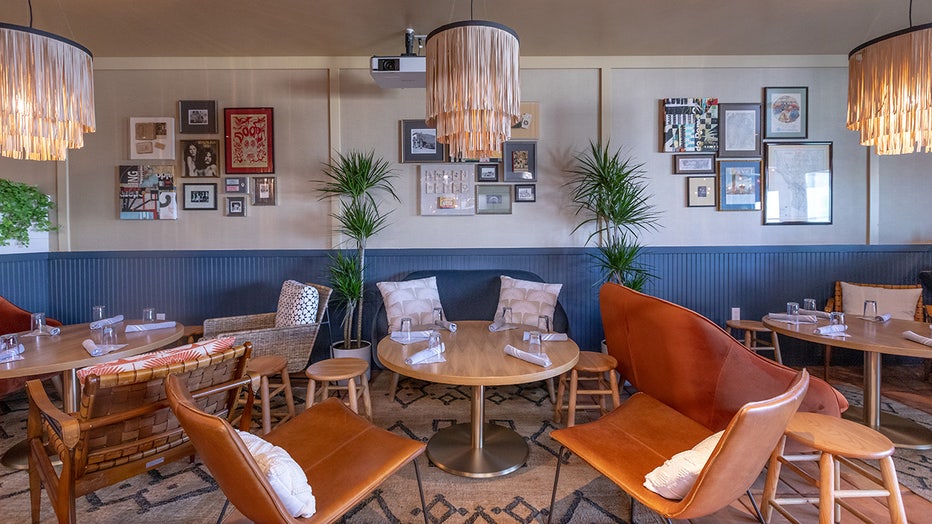 A few of The Pier House’s most popular entrees include black cod chowder, a NY strip, and apple relish and bacon scallops. The specialty cocktail menu, created by LA company Barlingual, offers a generous happy hour, highlighting beach renditions of classic cocktails, including a skinny margarita turned purple with a hint of pea flower and a vodka “swizzle,” which resembles an adult snow cone.

Next-door, on the same property, is now Cartolina, Italian for “postcard,” a beachfront café with premier outdoor seating, headlining Neapolitan-style pizzas cooked in a state-of-the-art pizza oven and specialty coffee and tea, including a mushroom latte. 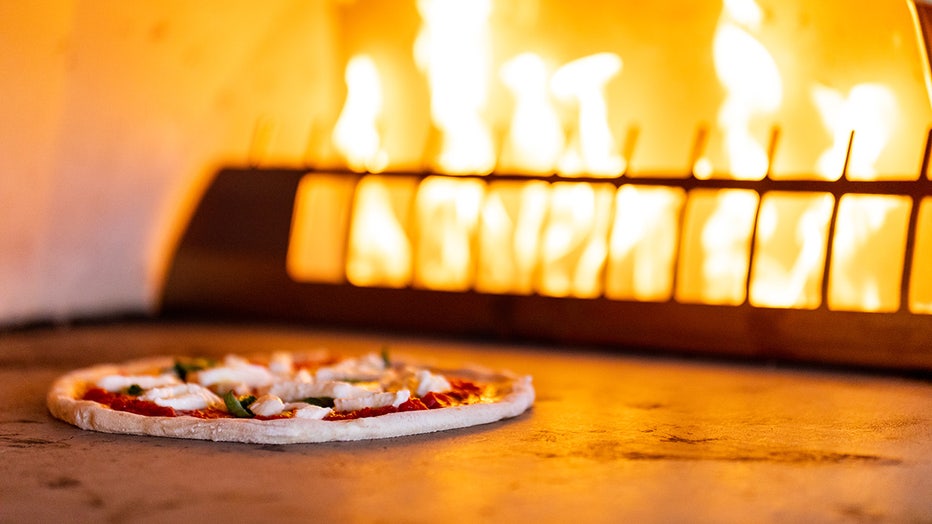 The restaurant owners, who were part of creating and officially naming Washington Square a neighborhood destination within LA county, were passionate about preserving and celebrating Venice’s history in the early 1900’s.

In 1924, a big fire destroyed the pier. Depression and war hit Venice, as they did the rest of the country, and by the 1950’s, people often referred to Venice as the “slum by the sea,” popular for the homeless and surfers, who dubbed the big waves at the ruins of the pier, “The Cove.” 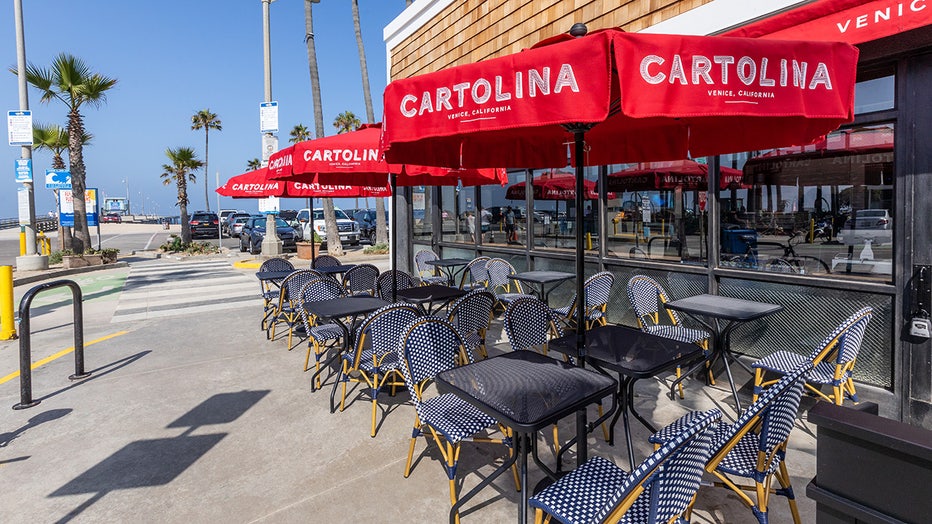 Locals say Venice became a place where people could “let loose, get their hands dirty, and break the rules.” Most recently, Venice has evolved as a central hub for LA’s arts and culinary culture, which aligns with Kinney’s original hope for the town.

To help carry on that vision, VRG hired Create Hospitality’s (www.createhospitality.com) Lauren Koeppe and Designer Jeffrey Kurt who share their dedication to continuing the legacy of the old Venice Pier with these new restaurant openings. After shutting down The Terrace for five months of hard labor, led by VRG Operations Manager Darrell Preston, they opened The Pier House and Cartolina to the community, 112 years almost to the same weekend as the opening of the old dance hall.

Photographs of the dance hall were Kurt’s main inspiration for the building’s design, most prominent at the restaurant’s entrance that opens to rustic wooden tables, a “boho” lounge and a breezy sunset patio with a “living wall” garden. 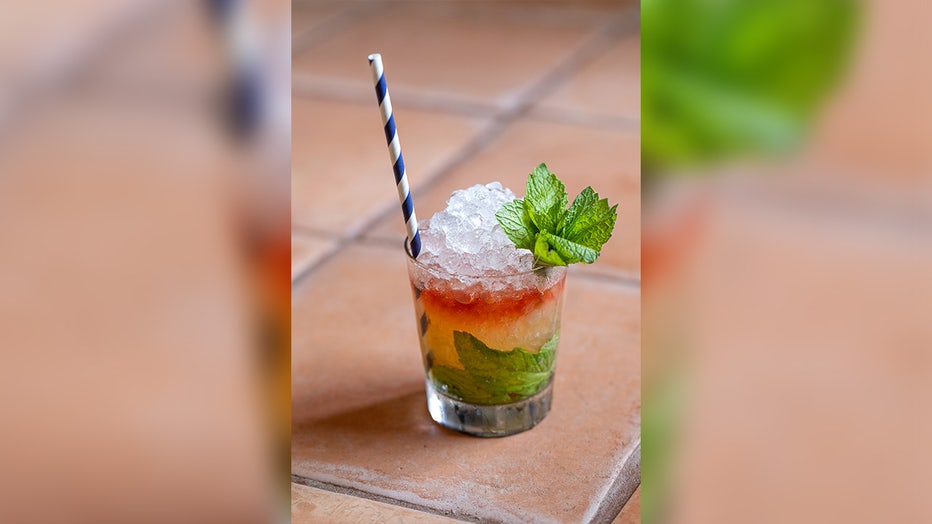 As summed up in their slogan, Good Times. Made Locally, the VRG partners trust they did what they set out to do – create a unique dining destination for residents and visitors to savor a refreshed vibe of Venice Beach while honoring the history of our “Venice of America.”