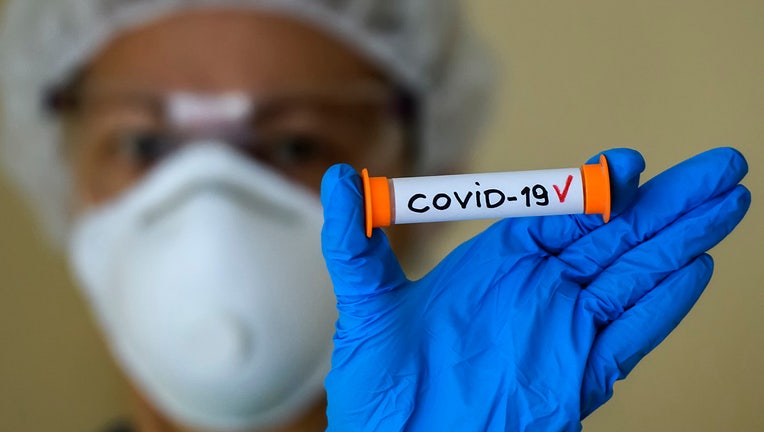 FOX NEWS - The mystery surrounding a top-secret Chinese laboratory at the epicenter of the coronavirus pandemic has been growing in recent days as speculation about what goes on behind its closed doors swirls.

Not a lot is known about the Wuhan Institute of Virology, Chinese Academy of Sciences, but it has been the subject of intense scrutiny. Most recently, it's been accused of not following strict safety protocols. Its dangerous research on bats and coronaviruses have also come into question.

Its scientists have been tight-lipped.

RELATED: Sources believe coronavirus originated in Wuhan lab as part of China's efforts to compete with US

The one person who did talk, Shi Zhengli, quickly backtracked after being quoted in Scientific American, questioning whether bat coronaviruses could have come from the lab. Since the article was published on March 11, she has had an extremely public about-face. 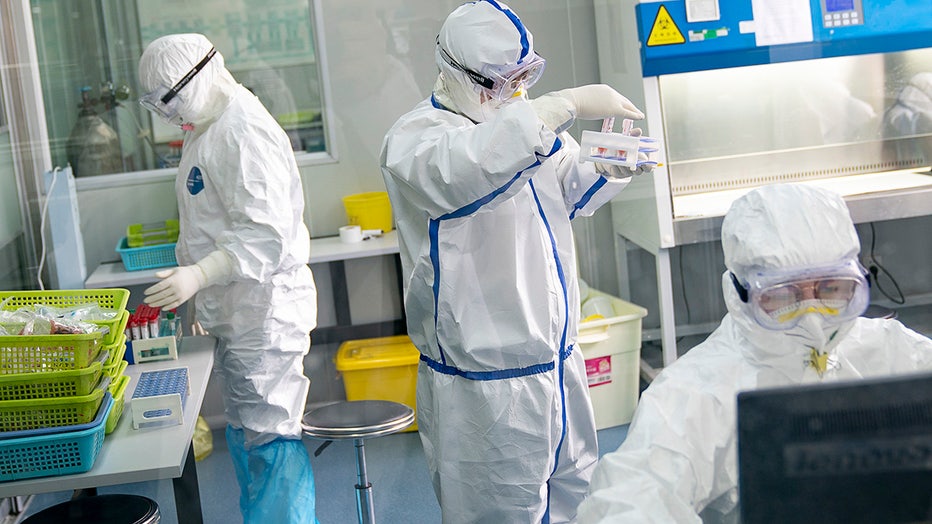 During Thursday's daily press briefing, China's foreign ministry pushed back on claims that anything suspicious had taken place in the lab and reiterated there was no evidence that the coronavirus, which has infected more than 2 million people globally, was made there.

"The head of the WHO has stated many times that there is no evidence that the new coronavirus originated in the laboratory," Zhao Lijian said. "Many prominent medical experts in the world also believe that the so-called laboratory leaks have no scientific basis."

While that may be, the intrigue has only increased.

The lab -- the first in China to handle human pathogens and built to withstand a magnitude-7 earthquake -- is Wuhan's pride and joy. It put a spotlight on China's capabilities and put the country's researchers in a league with their United States and European counterparts.

The Chinese Academy of Sciences approved the construction of the lab in 2003. It cost $44 million to build and took more than a decade to become operational. The complexity of building the country's first biosafety level 4 lab (BSL-4) coupled with concerns about previous escapes of the SARS virus at Beijing-based labs from scientists like U.S. molecular biologist Richard Ebright added to the 12-year wait time.

"Our new BSL-4 facility will play an integral role in preventing and controlling highly pathogenic microbes," Xia Han, an associate professor at the WIV, said in a report published by a Centers for Disease Control and Prevention journal.

Located near the Yangtze River, the lab received “recognition and authentication certificate for the critical protection equipment installation and commissioning,” its website reads. 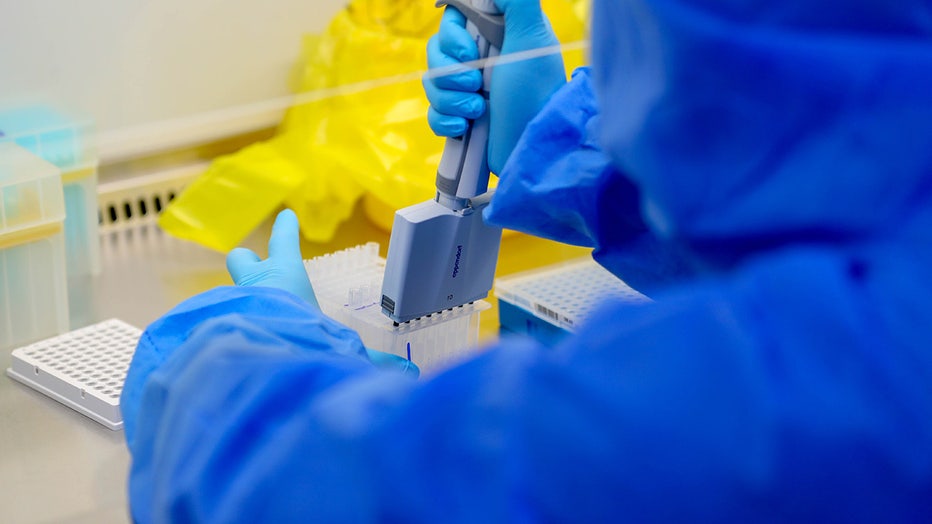 The inspection personnels are researching the viral nucleic acid at the pathogen detection laboratory on 04th February, 2020 in Wuhan,Hubei,China. (TPG/Getty Images)

A BSL-4 lab is the highest level of biocontainment. The levels, which are ranked from one to four, are based on the organisms that are being researched. A basic lab setting researching non-lethal agents that pose minimal threat to the workers or the environment would most likely be considered BSL-1.

Scientists at BSL-4 labs, like the one in Wuhan, typically work with agents or diseases that are extremely dangerous and can cause death to humans. The precautions and safety measures workers must take are extraordinary and include filtering air and treating water and waste before they leave. Workers are required to wear ventilated protective suits with booties and face masks and must also shower and change clothes before and after each shift.

Still, a former senior Trump administration official said the lab had been equipped only to handle much less dangerous pathogens properly, setting off alarm bells in the intelligence community.

Even though Wuhan's facility was the first of its kind in mainland China, there has been an expansion of BSL-4 labs across the United States and Europe over the past 15 years. Currently, the U.S. has 10, its biggest being a 95,000-square-foot $480 million lab in Atlanta. The country's first BSL-4 facility was in a truck trailer in 1967 and built in response to the Marburg virus, which is similar to Ebola.

While noting that no international rules actually govern biosafety, the World Health Organization said there were about 54 high-containment labs in two dozen countries. The WHO's 2018 list included 31 operational BSL-4s as well as a dozen others in the works in Saudi Arabia, South Korea and Ivory Coast. 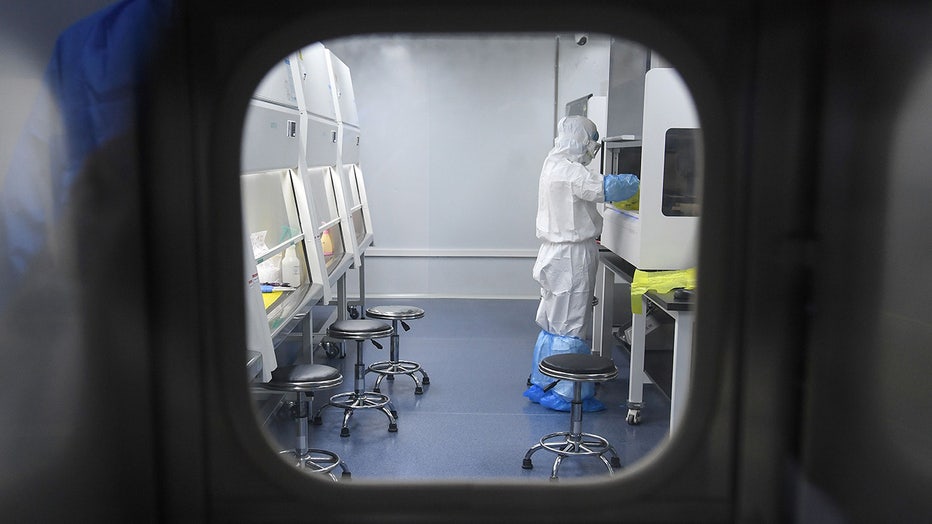 This photo taken on February 6, 2020 shows a laboratory technician working on samples from people to be tested for the new coronavirus at "Fire Eye" laboratory in Wuhan in China's central Hubei province. (STR/AFP via Getty Images)

It works in collaboration with different universities around the world such as Wageningen University in the Netherlands and Montpellier 2 University in France. It also has close ties to Texas and has been receiving assistance form the Galveston National Laboratory at the University of Texas Medical Branch as well as other organizations.

While the lab played a large role in China's identification of the outbreak as a novel, or previously unknown, coronavirus, its achievement has been eclipsed by theories that humans first contracted the virus as the result of an accident at the laboratory.

Foreign affairs expert Gordon Chang said in a recent opinion piece on Fox News that "many Chinese believe the virus either was deliberately released or accidentally escaped from the Wuhan Institute of Virology, a P4-level bio-safety facility."

He added: "This lab, known for studying coronaviruses, is not far from the market that had been initially identified as the source of the outbreak."

In a series of diplomatic cables labeled "Sensitive But Unclassified," U.S. Embassy officials warned that the lab had massive management weaknesses, posed severe health risks and warned Washington to get involved.

The first cable, which was obtained by The Washington Post, also sent red flags about the lab's work on bat coronaviruses and more specifically how their potential human transmission represented the risk of a new SARS-like pandemic.

"During interactions with scientists at the WIV laboratory, they noted the new lab has a serious shortage of appropriately trained technicians and investigators needed to safely operate this high-containment laboratory," the Jan.19, 2018, cable, written by two officials from the embassy's environment, science and health sections who met with the WIV scientists, said.

The cable argued that the United States should give Chinese researchers at the Wuhan lab more support because its research on bat coronaviruses was important and dangerous. The lab had already been receiving assistance from the Galveston National Laboratory at the University of Texas Medical Branch.

The cable also called attention to Shi, the scientist who at first considered the virus might have gotten out of the lab accidentally but then backtracked.

Shi, the head of the research project, published a paper in November 2017 that showed the horseshoe bats collected from a case in Yunnan province were most likely from the same bat population that had been behind the first SARS coronavirus in 2003.

Despite evidence that points to dangerous practices inside the Wuhan labs, top U.S. military brass, as well as other senior officials, have told Fox News that the origins of COVID-19 did not come from a laboratory nor was it the result of a bioweapon.

"And if I could just be clear, there is nothing to that," Air Force Brig. Gen. Paul Friedrichs told Fox News last week. "Someone asked me if I was worried. That is not something that I'm worried about. I think, you know, right now what we're concerned about is how do we treat people who are sick, how do we prevent people from getting sick. But no, I am not worried about this as a bioweapon."

Get updates on this story at Foxnews.com