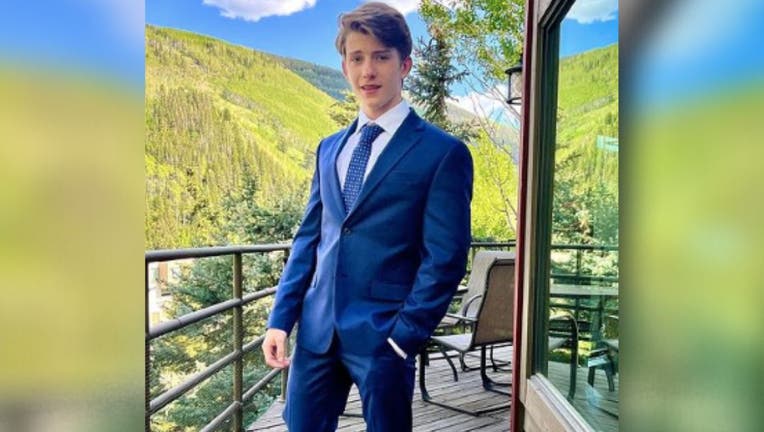 LOS ANGELES - An autopsy has been released revealing the cause of death for actor Tyler Sanders, who was found dead in his Los Angeles home in June. He was 18.

According to the Los Angeles County Medical Examiner, the "9-1-1: Lone Star" and "The Rookie" actor died from the effects of fentanyl in what authorities declared an accidental death.

A friend found Sanders unresponsive inside his home on June 16 and called 911, according to the coroner's report, adding the teen had a history of drug use and drug paraphernalia was found at the apartment.

The coroner noted Sanders had sent a text to a friend the night before he died, saying he was using the narcotic. He didn't respond to any messages after that text was sent, TMZ reports. Authorities also discovered a straw and white powder in the room where he died.

The young star began his acting career at just 10-years-old and was nominated for an Emmy for his role as Leo in Amazon’s wildly popular spinoff "Just Add Magic: Mystery City," according to Sanders’ biography on IMDB.

Sanders also featured in the series "Fear of the Walking Dead" and had several future projects in the works, according to IMDB.

This comes less than two weeks after authorities revealed that TikTok star Cooper Noriega, who was also found dead in June in Los Angeles, had died of "combined effects of alprazolam, fentanyl and lorazepam."

Fentanyl seizures at the U.S. border with Mexico have continued to surge in 2022, with multiple busts setting different records throughout the year.

The Justice Department revealed that ports of entry in San Diego and Imperial counties in Southern California were at the center of a surge in fentanyl seizures at the border, accounting for roughly 60% of seizures of the deadly drug in 2022.

However, that rise has been seen at ports across the border, with law enforcement agencies on both the Mexican and American sides making record-setting busts in 2022. Here are just a few of the border fentanyl busts that made headlines in 2022.

FOX News and City News Service contributed to this report.