CAMARILLO - Seven people are facing federal drug trafficking charges after being arrested in Camarillo after a month-long, multi-agency investigation, the DEA announced Tuesday.

According to officials, an investigation into Homero Diaz, 24, of Bakersfield, revealed he was responsible for trafficking methamphetamine and fake prescription pills into Ventura County. Those pills contained fentanyl and were pressed to look like prescription oxycodone pills, officials said.

Several agencies arrested Diaz and six of his co-conspirators on federal charges of possession with the intent to distribute a controlled substance. All were arrested on March 16 in Camarillo, where the DEA said Diaz was coordinating delivery of fentanyl and methamphetamine.

The other suspects arrested were identified as Manuel Martinez, 24, of Ventura; Apolinar Mena, 30 of Compton; Francisco Placencia, 28, of Compton; Antonio DeJesus Santana, 31, of Riverside; Jesus Varela, 28, of Torrance; and Jaime Gomez Lopez, 27, of Compton.

In addition to the arrests, federal and state officials seized approximately 50,000 fentanyl pills and 45 lbs. of methamphetamine from the three cars the suspects had arrived in. Authorities estimated the approximate street value of the drugs to be $230,000. 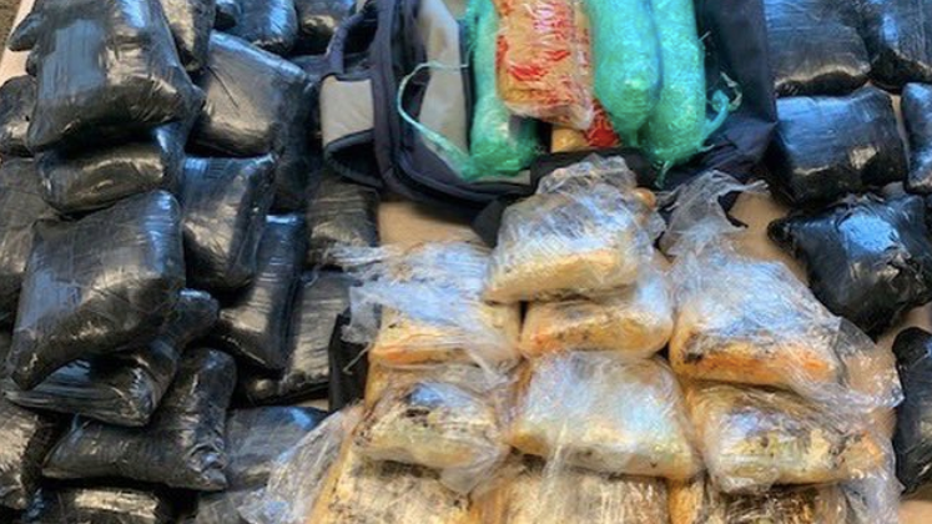 All seven suspects were booked into the Metropolitan Detention Center in Los Angeles for Federal Drug Trafficking Violations.