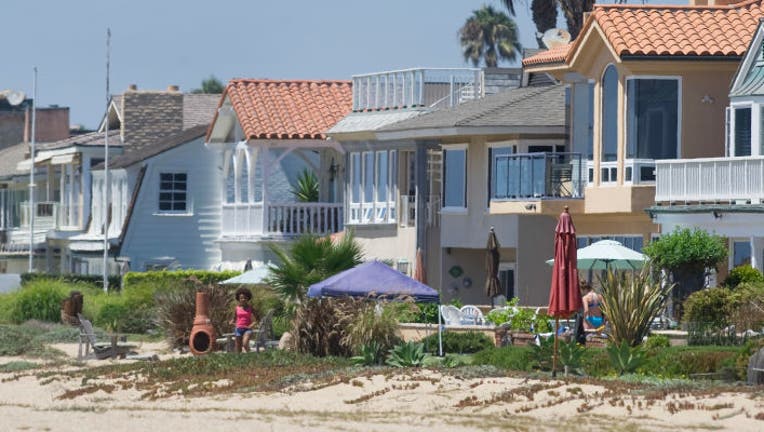 Two new cases were reported in Orange County's jails on Monday, which brings the total number of men who have tested positive for coronavirus in custody to five, according to Sheriff Don Barnes.

Between Friday and Monday, about 130 inmates were released early to make room in the jail for an expected surge in cases. Of those inmates, 43 were designated at risk because of their age or health, and the rest had 10 days or less to go on their sentence. Barnes said he would go up to 60 days left on a sentence to consider for early release if more beds are needed in the jails.

Another 162 were released Tuesday, with 21 considered especially vulnerable because of age or health, sheriff's Cmdr. Joe Balicki told the Orange County Board of Supervisors.

According to sheriff's officials, that's the lowest the jail population has been in well over a decade.

Ten inmates are in "medical isolation" because they have symptoms associated with COVID-19, Balicki said, and 193 are in quarantine because they came into contact with others who tested positive.

A few staff members have been sent home with flu-like symptoms, but they have all tested negative for coronavirus, Balicki said.

Plaintiffs in a federal lawsuit alleging a variety of issues in Orange County's jails filed a motion in federal court on Monday seeking to have more inmates released.

"Plaintiffs request an order to release prisoners: those serving sentences for misdemeanors, or awaiting trial for misdemeanors, those held for probation of parole violations or for immigration, those with remaining actual custody time to release of less than six months, all these held on non-violent charges, and all other pretrial detainees who can post $10,000 bond," the motion reads.

"In addition, no person should be brought into the jail on a warrant, that is all outstanding warrants should be recalled, subject to re-issue, as appropriate, individually if needed."

Officials with the city of Anaheim reported two employees at the homeless shelter run by the city and the Salvation Army tested positive for coronavirus on Monday, but none of the residents have tested positive so far.

Irvine has the most cases with 50; Anaheim and Newport Beach have 46apiece.   County officials shifted policy on cities with populations of less than 25,000, such as Laguna Beach, and began releasing statistics on those cities.

Laguna Beach has 22 cases, La Palma has six, and Villa Park, Laguna Woods and Los Alamitos did not have a number of cases listed. Officials say then umber for those cities will not be released until they record five or more cases.   Orange County Public Health Director David Souleles said Monday there are enough hospital beds to handle patients because elective surgeries have been rescheduled, but that could change when an expected surge of patients happens.

It's possible the state may use the recently shuttered Fairview Developmental Center and the Orange County Fairgrounds, officials in Costa Mesa said. Last month, Costa Mesa officials vigorously resisted a plan to house COVID-19 patients from a cruise ship at Fairview.

But Supervisor Lisa Bartlett said two golf courses in her district in south Orange County reopened, despite not being considered essential businesses. Bartlett said Gov. Gavin Newsom was "appalled" when he heard the news and offered his help shutting down the businesses.

Bartlett said she understands the desire to get out and exercise, which is encouraged by health officials, but said golf courses have myriad "touch points" that could help spread the virus.

Orange County board Chairwoman Michelle Steel said, "We can't really be shutting down everything here ... We're going to the market, we're using the cart and everything. This is people's personal responsibility (to adhere to social distancing recommendations)."

Quick discouraged visiting senior citizens, who are most at risk from coronavirus, in retirement communities and nursing homes in the county.

She said the drumbeat of news about the virus may be heightening anxiety, so she encouraged anyone who needs it to call the county's mental health hotline for help at 833-426-6411.