Overturned big rig closes all northbound lanes on the 5 Freeway

The northbound 5 Freeway was closed Tuesday due to an overturned big rig at the 134 Freeway in the Glendale area.

GLENDALE, Calif. - A crash involving an overturned big rig Tuesday blocked the northbound 5 Freeway north of the 134 Freeway in the Glendale area for nearly two hours.

The crash was reported shortly after 11 a.m. near the Western Avenue offramp from the northbound 5 Freeway, according to the California Highway Patrol. It was unclear if anyone was hurt. 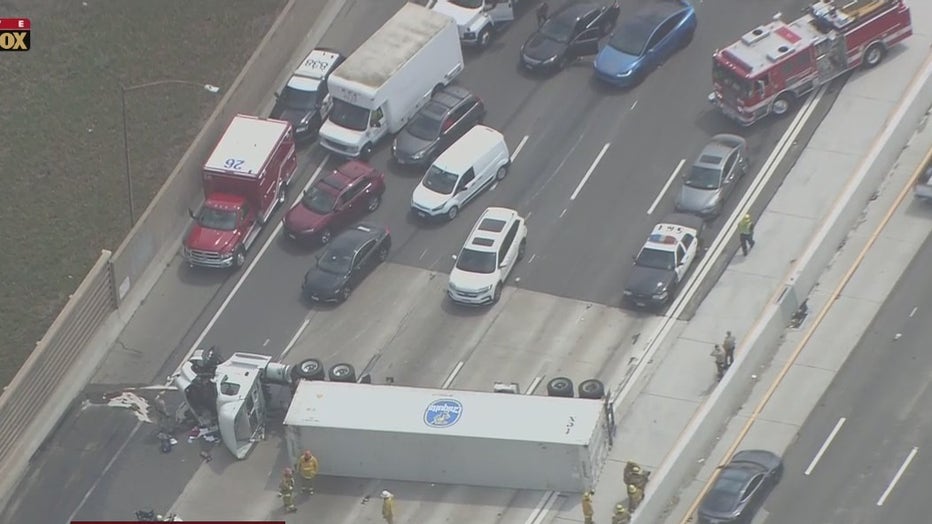 The northbound freeway lanes were closed in the area while crews worked to clear the scene, an effort that continued until about 12:50 p.m., when three lanes were reopened, the CHP reported.