Saying the case is "appalling," Los Angeles County Supervisor Janice Hahn called Tuesday on the county's Office of Child Protection to investigate circumstances of a 4-year-old boy who was allegedly tortured and beaten by his foster mother, leaving the boy in a coma.

NORWALK, Calif. - Saying the case is "appalling," Los Angeles County Supervisor Janice Hahn called on the county's Office of Child Protection to investigate circumstances of a 4-year-old boy who was allegedly tortured and beaten by his foster mother, leaving the boy in a coma.

"We were supposed to be protecting this boy when we took him away from his family, but if these allegations are true, we put him in the care of an abusive foster mother who hurt him so severely that he had to be hospitalized," Hahn said.

"I am praying for this little boy's recovery and I am asking for a full investigation by the Office of Child Protection. We not only need to know how it is possible that we could have placed a child in such a home, but we also need to question why he was removed in the first place and whether language barriers could have had a role in that decision."

A motion calling for the investigation will be placed on the agenda for the Nov. 16 meeting of the Board of Supervisors, according to Hahn's office.

The L.A. County Sheriff's Department confirmed Monday that the boy's foster mother, Gabriela Casarez, was arrested Oct. 29 on suspicion of child abuse, one day after the Special Victims Bureau was called to a location in the 14700 block of Pioneer Boulevard in Norwalk.

The boy -- identified as Andres F. in a criminal complaint filed against his foster mother -- sustained "grave injuries" and was admitted to an intensive care unit, where his condition remains critical, according to the sheriff's department.

Casarez pleaded not guilty last Friday in Norwalk to three felony counts -- two counts of child abuse likely to cause great bodily injury or death and one count of assault on a child becoming comatose, according to court records.

On Monday, the boy's aunt came forward to say his extended family is struggling to get more information on what happened, and has been barred from visiting the boy.

Aunt Maria Jacinto spoke out during a news conference saying "They don't deserve this at all. No kid deserves this, in any care, under anybody's care," Jacinto said. "We're just asking for justice ... and information."

Jacinto appeared to be referencing both Andres F. and his 2-year-old brother, Emiliano, who is also reportedly in foster care. 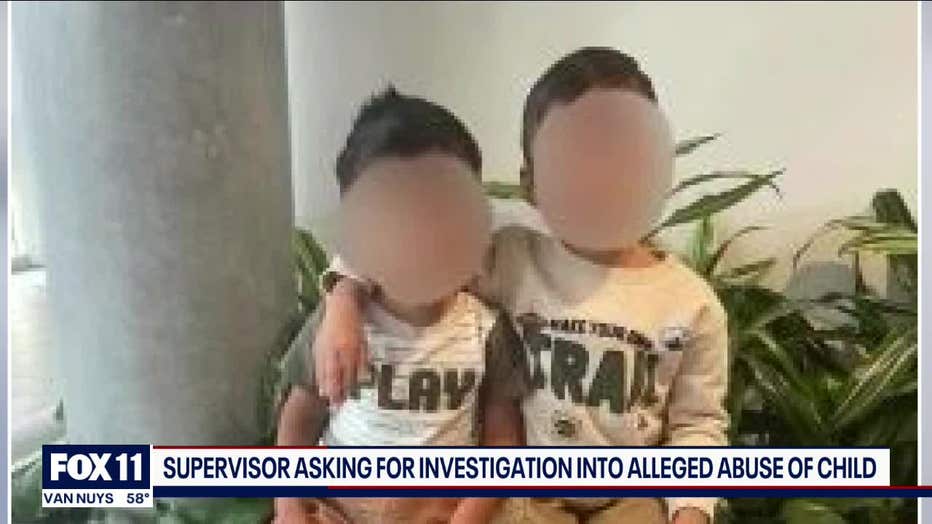 Adler said Andres was in the care of his foster family when he was severely beaten.

"We have no evidence that ... he was with anyone other than this foster family, and there's clear evidence that he was tortured and beaten into a coma," Adler said.

"Like every parent, you're just horrified beyond belief. You don't understand, one, how it happened, two, why someone would do this."

The criminal complaint against Casarez names Emiliano F. as a second victim of abuse likely to cause great bodily injury or death. In the case of both Andres and Emiliano, the complaint cites the date of abuse as occurring on or between June 4 and Oct. 28.

Casarez is being held in lieu of $1.2 million bail and is due back in court Dec. 6, according to court records and the LASD.

The county Department of Children and Family Services issued a statement saying that confidentiality protects children and families and prohibits the release of specific information. But the department defended the process of choosing foster families.

"DCFS thoroughly investigates allegations of caretaker abuse and neglect and, when appropriate, works closely with law enforcement to ensure children remain safe and that substantiated allegations are swiftly addressed in a court of law.

"State law protects the confidentiality of records for all children and families who may have come to the attention of child protective services, and prohibits confirming or commenting on whether a child or family has been involved with the department. These laws are in place to protect the confidentiality of children, siblings and their families," the statement concluded.

The Sheriff's Department urged anyone with information about the incident to call the Special Victims Bureau toll- free tip line at 877-710-5273 or email specialvictimsbureau@lasd.org.