Memorial grows in honor of 3 teens killed in Pasadena crash

The single-vehicle crash was reported at 8:26 p.m., according to the California Highway Patrol. 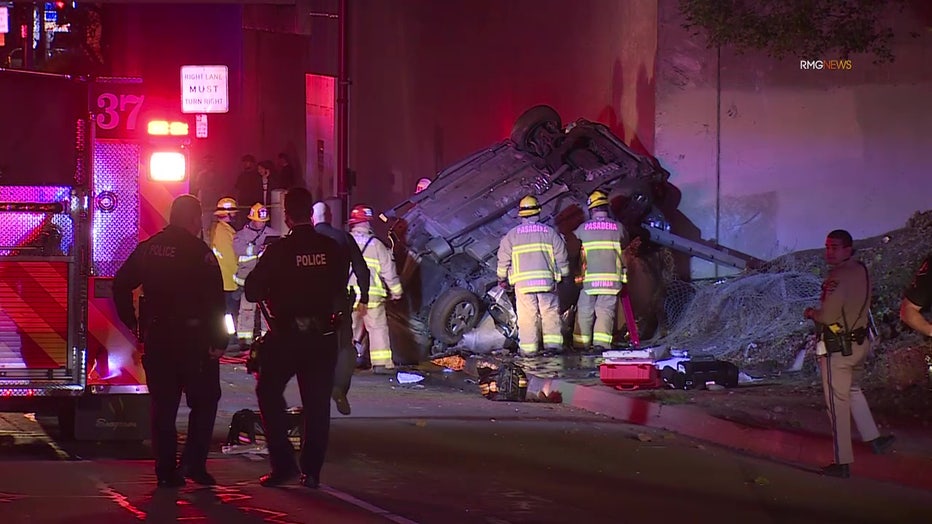 According to CHP, the driver was heading south on Michillinda Avenue when he lost control. The vehicle collided with the raised concrete curb edge, crashed into the chain-link fence and rolled. CHP had initially reported that the vehicle fell onto the street from the 210 Freeway, based on a report from a witness, but the witness was "mistaken," according to CHP officials. 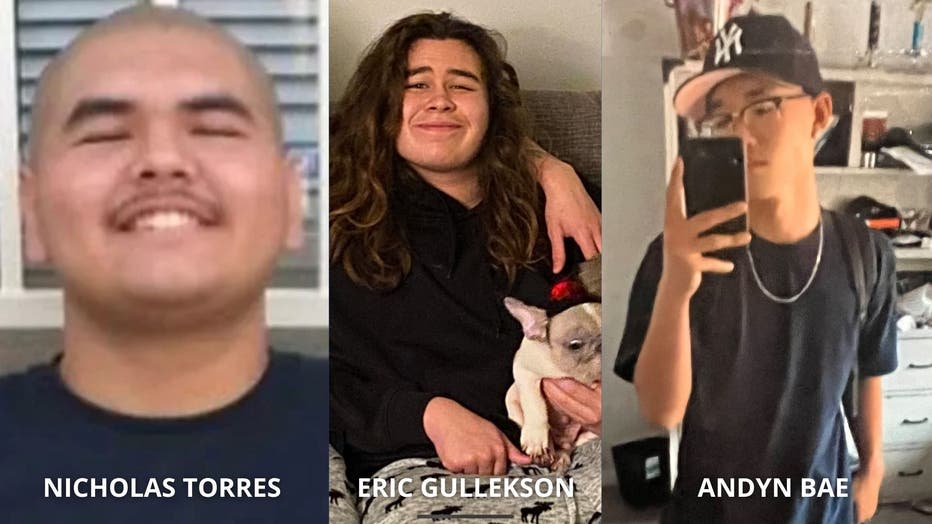 Bae would have turned 18 on Monday according to the coroner's office. Gullekson and Bae are from Temple City, and Torres is from Monterey Park. 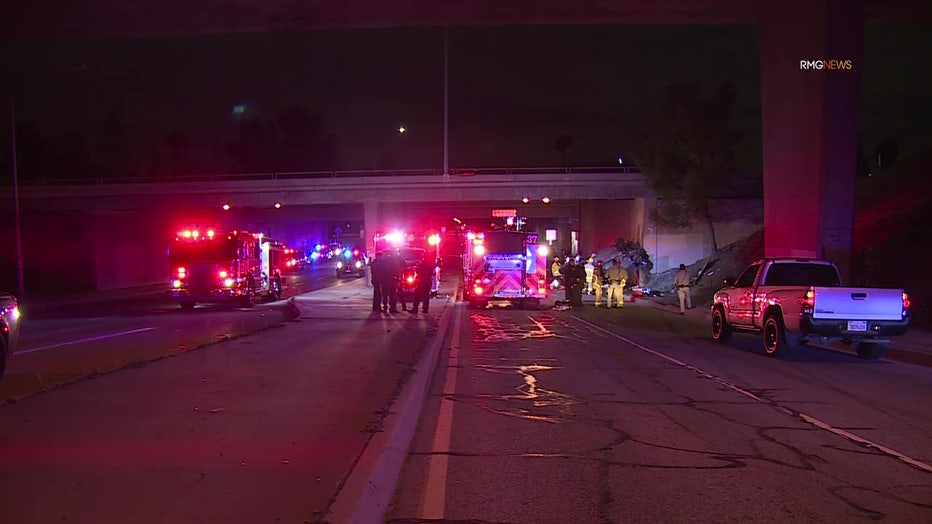 The cause of the crash is still under investigation and investigators said it is unknown whether drugs or alcohol were factors in the collision.

Family members of the victims gathered at the crash site Monday to set up a memorial with candles, balloons and photos.

The mother of Gullekson, Leonor Montelongo, spoke with FOX 11 along with her relatives.

"This is my son, my baby. He was taken too soon from me. I want condolences for all the families of the children that lost their lives here and I just miss him [Gullekson]," she said.

Joe Delatorre, the stepfather of Torres, also spoke about his son, Nicholas. He said he raised him since he was a child along with his wife who is Torres' mother.

"He was a good kid and a quiet kid. She [Torre's mother] is going through a really bad time right now so what I'm going to do is stay strong for her. I don't want this to happen to anybody else," he said.

GoFundMe pages has been launched to help the grieving families: