A 23-year-old was arrested for allegedly plowing through a carnival in South Los Angeles while fleeing from police.

LOS ANGELES - A 23-year-old is in custody facing felony hit-and-run charges after allegedly driving a car through a carnival in South Los Angeles Saturday night, but officials said the incident could have been much worse.

Steven Weems was trying to evade police officers after they tried to pull him over near East 36th and Trinity streets, according to the Los Angeles Police Department.

Officers said they tried to get out of their car and approach Weems, that's when he took off, eventually plowing right through the carnival. 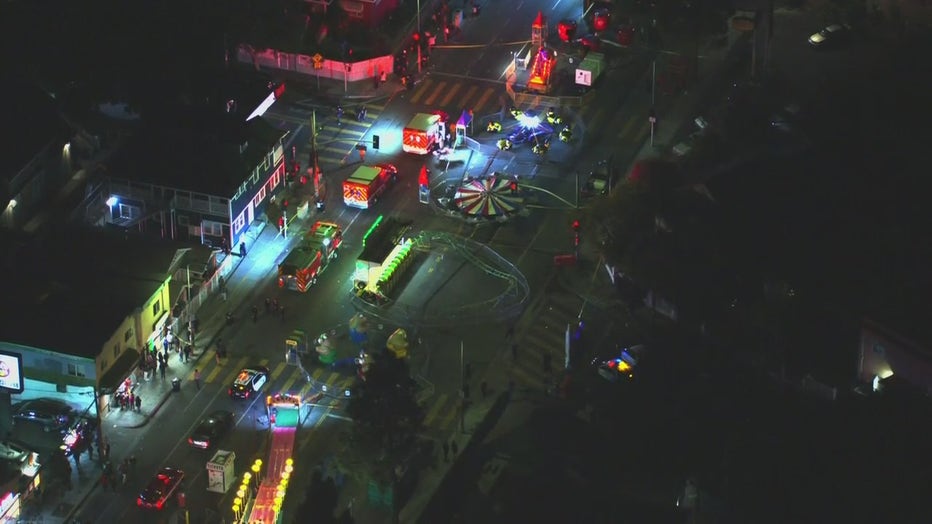 All told, seven people were injured, and at least six of them were transported to local hospitals with "non-life-threatening injuries." Witnesses said Weems drove through a barricade on Trinity Street, hit at least one of the amusement rides, and destroyed other property like a pop-up tent belonging to Laura Zazueta, who was selling products at the carnival. Zazueta said she lost so much product to damage that she has started a GoFundMe campaign.

"We were standing right there, and we just heard a big impact like a car went through," said Janeth Renega. Renega said the situation was so traumatic that it affected her 4-year-old daughter.