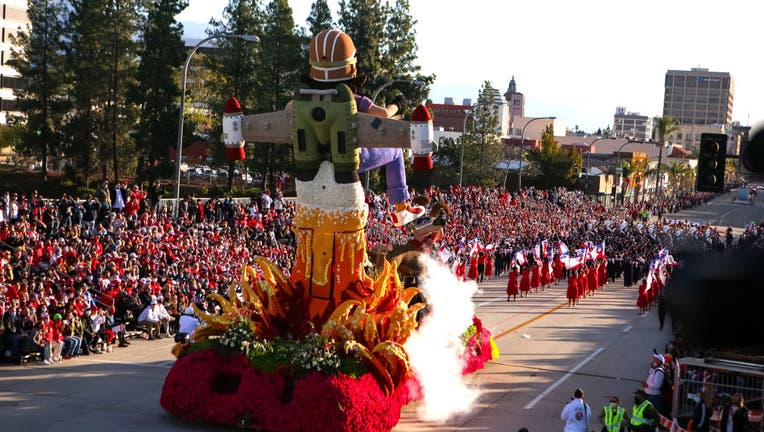 Former Arizona Rep. Gabby Giffords, who was shot in the head but survived an assassination attempt in January 2011 and has become an outspoken gun-control advocate, was announced Thursday as the grand marshal of the 2023 Rose Parade, which is themed "Turning the Corner."

Giffords, 52, was introduced in a traditional announcement held at the Tournament House in Pasadena.

Giffords was introduced with Tom Petty's "I Won't Back Down" playing in the background.

"I'm so honored to be grand marshal of the Rose Parade," she said. "Thank you very, very much."

Asked about how her experience matches the parade theme of "Turning the Corner," Giffords said, "Our lives can change so quickly. Mine did when I was shot. But I never gave up hope. I chose to make a new start, to move ahead, to not look back."

Wainscott hailed Giffords as a "trailblazer," noting that she was the youngest woman ever elected to the Arizona state Senate before moving onto Congress.

"She was re-elected to a second term beginning in 2011, but her tenure was cut tragically short," Wainscott said, referring to the shooting that occurred during a community event near Tucson that nearly killed her. Giffords survived the shooting, but had to re-learn how to walk and speak. 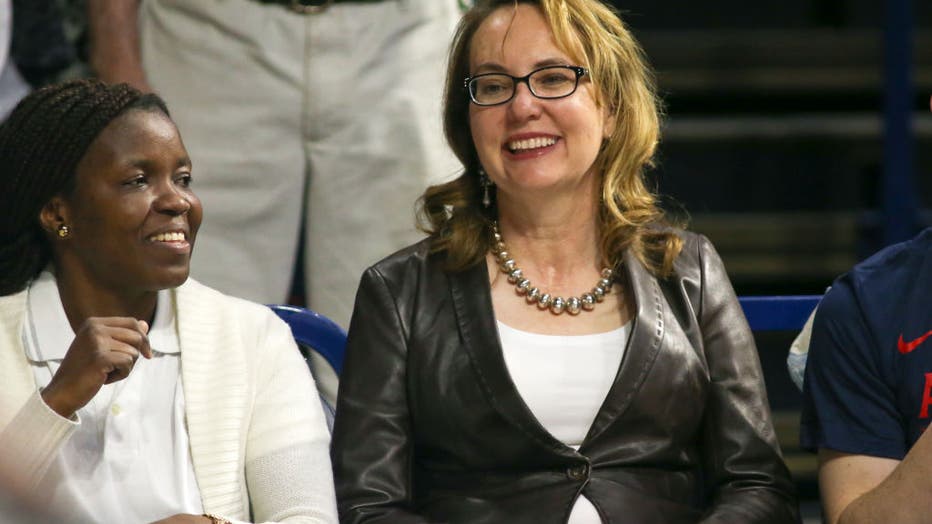 Former Arizona Representative Gabby Gifford watches a basketball game during a college women's basketball game between the Colorado Buffaloes and the Arizona Wildcats on February 17, 2019, at McKale Center in Tucson, AZ. (Photo by Jacob Snow/Icon Spo

"What followed was an arduous journey of recovery that included physical, occupational and speech therapy," Wainscott said.

Giffords was able to return to the House of Representatives later that year, but she submitted her resignation in January of 2012, one day after attending President Barack Obama's State of the Union Address.

"In the years since, she has become an advocate for gun violence prevention and founded a nonprofit dedicated to fighting gun violence," Wainscott said. "On July 7, 2022, she was awarded the Presidential Medal of Freedom, and she also has the distinct honor of having a U.S. Navy combat ship named after her."

Giffords, who is married to former astronaut and current Arizona U.S. Sen. Mark Kelly, will preside over the Rose Parade on Jan. 2.