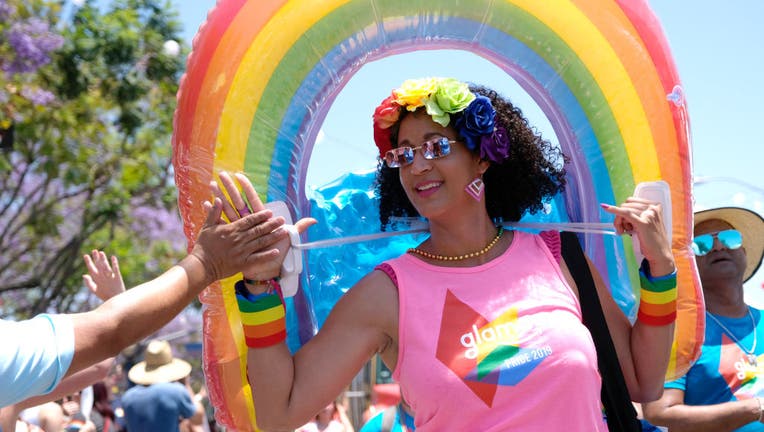 LOS ANGELES - The LA Pride Parade, canceled for the past two years, is returning and taking a new route in the community where the movement started.

The LA Pride Parade will be June 12 and centered in Hollywood, a shift from its traditional route in West Hollywood, it was announced Tuesday.

"LA Pride is thrilled to come together this year to commemorate the historic anniversary at the parade's first and original location," Gerald Garth, vice president of programs and initiatives, said in a statement. "As a mission-driven and community-centered non-profit organization, CSW recognizes that LGBTQ+ experiences of Los Angeles are broader than just one neighborhood. Considering feedback gathered since the pandemic began, we are committed to creating experiences and access to our entire community, including many of those who have been most underserved and underrepresented."

CSW said in a release it has a commitment to equity that includes a focus on generational, experiential and geographic diversity that will live beyond solely the month of June and into the year following.

"We considered many options for the parade, both traditional and progressive," Garth said. "Hollywood as the original historical location for the first Los Angeles protest 50 years ago was a natural choice to honor what Pride really means and where Pride will go in the future. We are continuing to work closely with the city and community stakeholders to confirm additional details that we look forward to sharing very soon."

Health and safety guidance as outlined by L.A. County health officials and the CDC will be followed during the parade.

Information about route, safety, security, float capacity, and further parade and programming will be available on www.lapride.org.