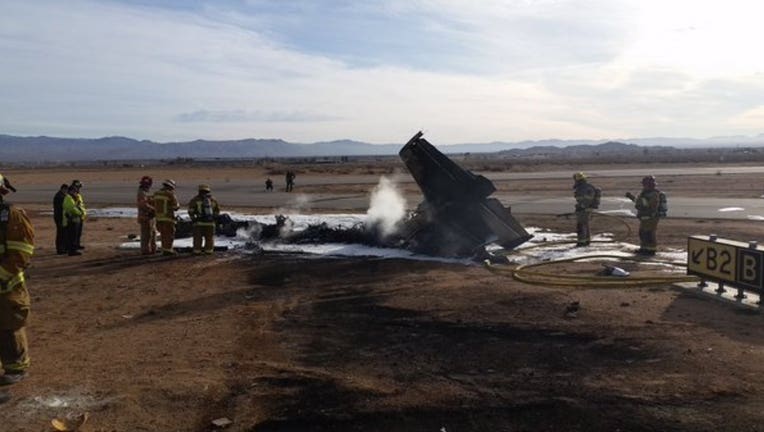 (FOX 11) - Authorities say a small jet has crashed and burned at a Southern California desert airport, killing both people on board.

Fire officials say the jet, identified as an L-39, went down around 2 p.m. Sunday at the Apple Valley Airport in San Bernardino County, about 70 miles northeast of Los Angeles.

Ian Gregor of the Federal Aviation Administration says the plane had just taken off when it went down and crashed in a fireball.

Nobody on the ground was hurt but all flights in and out of the airport have been halted.

The L-39 is a two-seat, high-performance jet trainer aircraft developed in Czechoslovakia.

There's no word on what caused the crash.