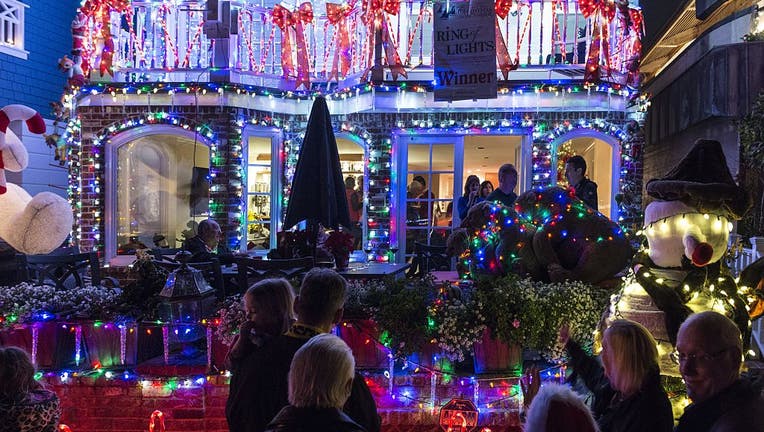 NEWPORT BEACH, UNITED STATES: Houses are decorated for Christmas and people watch the decorations as they wait for the 108th annual Newport Beach Christmas Boat Parade at Balboa Island, Newport Beach in California, USA on December 14, 2016. The Newpo

NEWPORT BEACH, Calif. - The 112th Newport Beach Christmas Boat Parade was canceled on Wednesday because of concerns related to the COVID-19 pandemic.

RELATED: Candy Cane Lane in El Segundo is canceled for the first time since 1949 due to pandemic

Steve Rosansky, president and CEO of the event's sponsor, the Newport Beach Chamber of Commerce, said organizers had made a number of concessions to limit congregating and encourage social distancing during the parade, which was set to begin Dec. 16 and go through Dec. 20.

"We did a lot of things in advance for planning for the parade, but even with all of those things we couldn't control the situation enough, "Rosansky said. "The safety of our residents, of our boaters, of our businesses and employees who work in them are much more important than the parade."

For the first time, organizers were planning to televise the holiday event on social media and local cable so some viewers could watch it from home, Rosansky said.

"We canceled our fireworks opening and closing nights, we canceled the opening party in Marina Park to try to keep from holding large gatherings, and we were going to put out a lot of messaging about masks and social distancing."

But the state's move to push the county back into the most-restrictive purple tier of the state's coronavirus regulatory system convinced the chamber's board of directors on Wednesday to cancel the event, Rosansky said.

"I've been watching on TV and our coronavirus numbers are doubling here in Orange County and we're doing well compared to other counties," he said.

The chamber CEO noted that the annual parade is a draw regionally.

"The parade attracts hundreds and thousands of people over five nights," he said. 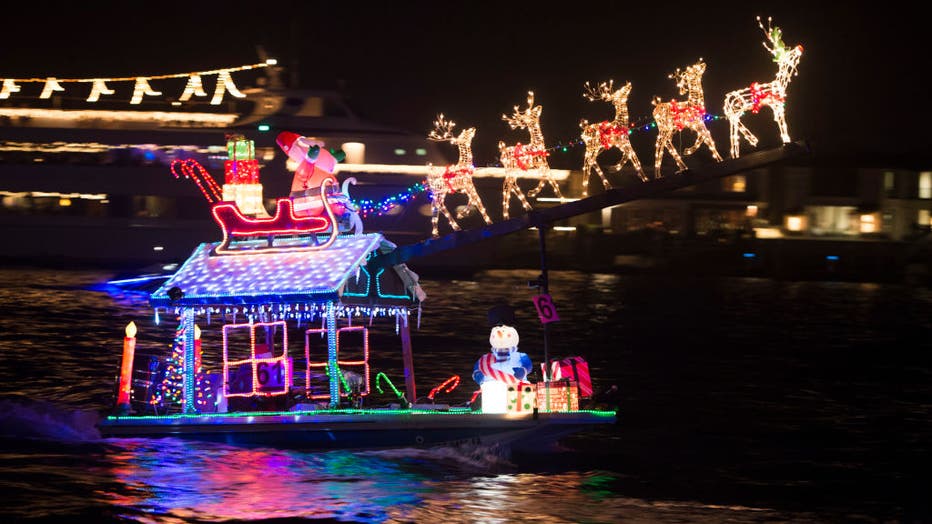 "You're going to get a lot of people congregating and we can't control those situations."

Some local residents were concerned because there are many seniors who live along the ocean in the city, Rosansky said. Older residents are at the highest risk for COVID-19.

The reaction has been mixed. Some residents have thanked the chamber and others are angered the event was canceled.   Newport Beach Mayor Will O'Neill praised the decision.

"I know how much the tradition of the boat parade means to the chamber, the residents, business owners, and visitors to the city," the mayor said. "Even so, the chamber is to be commended for their leadership and sacrifice

The cancellation is a disappointment to the chamber and the city as the event "generates millions of dollars in our community every year for businesses, for restaurants for the Balboa Bay Resort," Rosansky said, describing the event as "some of the five busiest days of the year."

The last time the parade was canceled was probably during World WarII, Rosansky said.

"Our hope was to finish the year on a high note," he said. "It's been a crappy year, let's finish on a high note. We held out as long as we could."

The parade's sister event, the "Rings of Lights," will continue. Harbor homeowners who decorate their homes and enter the contest will still win awards, which will be announced on Dec. 15.