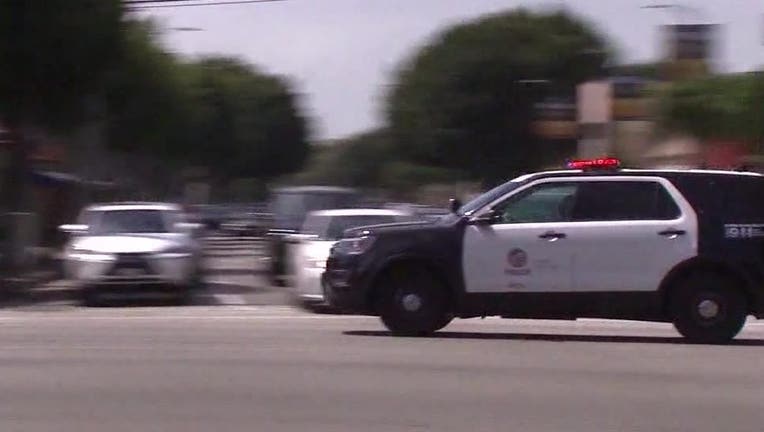 LOS ANGELES - The city of Los Angeles recorded 11 homicides last week, up from four homicides during the same week in 2020 and continuing an upward trend.

Overall, violent crime has increased 0.7%, Frank told the Police Commission, while property crime throughout the city has decreased in all areas except stolen vehicles.

Frank said the increase in violent crime and homicides is happening in other major U.S. cities, and the LAPD is working with other agencies to advance ways of addressing it.

"We're not an anomaly when you look at the crime trends, and yes, we are in very close communication with the other major city chiefs, almost on a weekly basis," Frank said. "I know Chief (Michel) Moore engaged in meetings with the Police Executive Research Forum and with the (Major Cities Chiefs Police Association) regarding this particular issue," Frank said.

"What we're seeing in Los Angeles is what they're also seeing in places like New York, Chicago, Philadelphia, some of the other major cities."

Frank also said the department is "on the right track" in developing strategies, and the departments are working to implement each other's best practices.

"It's important that we do continue to engage in (Gang Reduction and Youth Development), that we continue to use those best practices that have gotten us those reductions in the past and we should stick to it," Frank said.

"We have to stick with our youth diversion programs because part of this also is that whole issue of prevention, making sure we have resources available to at-risk youths, at-risk individuals to steer them away from going down those bad paths."