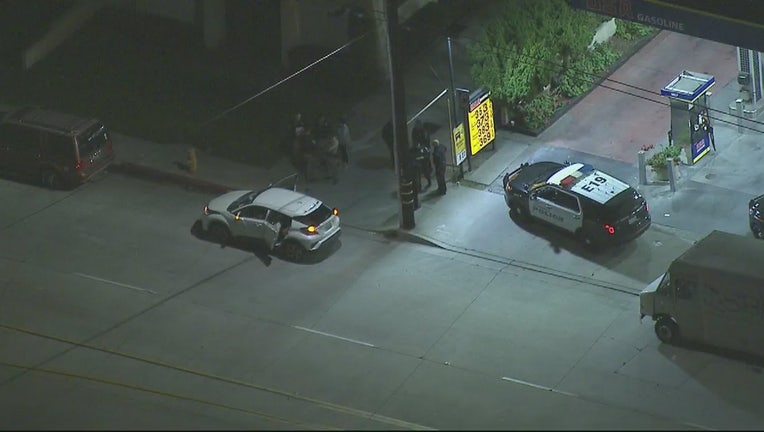 EL MONTE, Calif. - Authorities in El Monte are investigating a shooting incident that ended with the victim driving to a gas station in the 3600 block of Baldwin Avenue Wednesday night.

The victim told investigators they had been shot while driving on the 10 Freeway near Baldwin Avenue and managed to drive to the gas station where officers and paramedics responded, El Monte Police Department said.

The victim was taken to a local hospital with a gunshot wound, according to Los Angeles County Fire Department. Their condition is unknown.

The California Highway Patrol responded to the 10 Freeway at Baldwin Avenue for investigation but are not releasing additional information at this time. Currently, there are no freeway traffic lane closures.