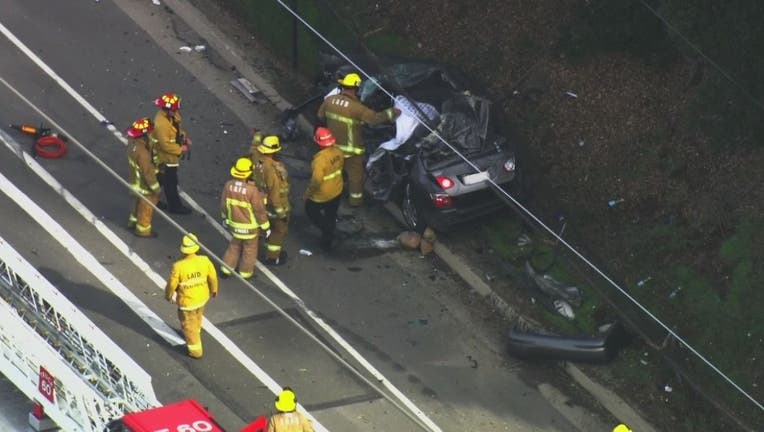 According to the Los Angeles Fire Department, the crash involved two vehicles and two people.

SkyFOX video over the scene shows a white van and a gray four-door car were involved.

One person died at the scene, and the second person is under evaluation before being transported to the hospital, officials said.

Roads in the area remain closed until further notice.