Investigators believe speed may have been a factor in the deadly crash.

LOS ANGELES - One man was killed and another man was injured in a three-vehicle crash on the northbound 110 Freeway near Chinatown in downtown Los Angeles early Friday morning, officials said.

California Highway Patrol officers were called to the 110 Freeway and Stadium Way just after 2 a.m. Once they arrived at the scene, officers discovered the three-vehicle collision and that one of the vehicles was mangled and overturned.

Officials say one of the vehicles crashed into a guardrail before hitting a metal post. Firefighters attempted to free a man, believed to be the passenger, from the vehicle. He was pronounced dead at the scene, while the driver was taken to a hospital with serious injuries. 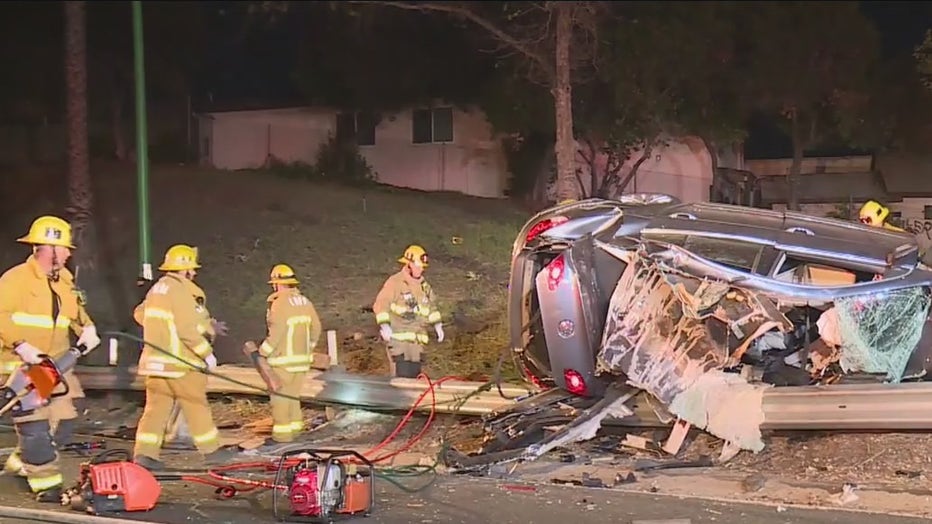 Traffic was closed for three hours for the investigation and authorities believe speed may have been a factor in the crash.