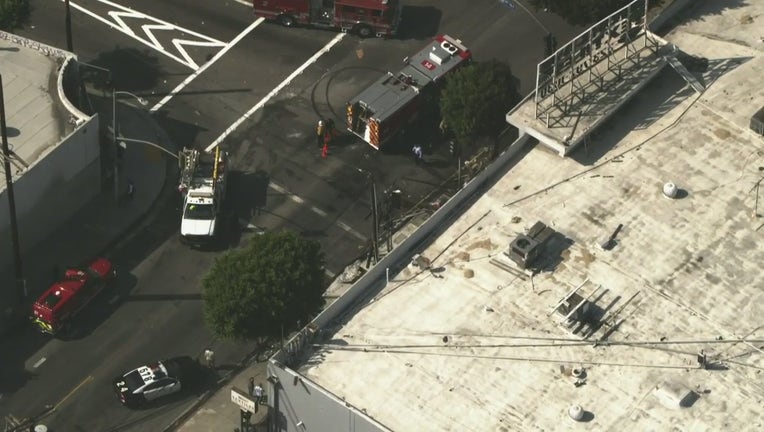 A deadly car fire is under investigation in downtown Los Angeles. (FOX 11)

LOS ANGELES - One person is dead after a car caught on fire in downtown Los Angeles.

The Los Angeles Fire Department responded to a call in the 1600 block of Maple Avenue Tuesday. One person was pronounced dead at the scene.

Parts of a nearby commercial building were exposed to the fire but the building did not suffer major damages, LAFD said.

Officials did not say what caused the car to catch fire in the first place. As of Tuesday afternoon, officials have not released the deceased person's identity or specified if more than one person was inside the burning car.