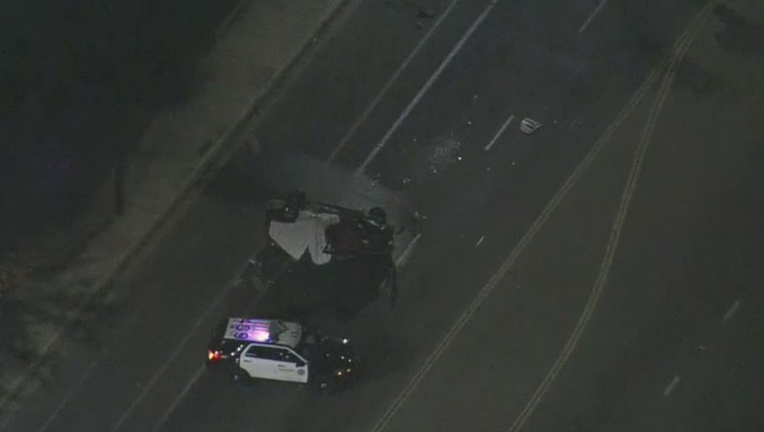 LANCASTER, Calif. -- One person is dead after being hit by a driver who was wanted for their role in a hit-and-run crash from a different scene on Thanksgiving Day.

The Los Angeles Fire Department responded to a call of a hit-and-run crash a little before 7:30 p.m. near the intersection of 20th St East & East Avenue J in Lancaster. Following the first crash, a good Samaritan tried to follow the suspect vehicle when the suspect ran a red light and crashed into an SUV.

LAFD said it doesn't know if anyone was hurt in the original hit-and-run crash.