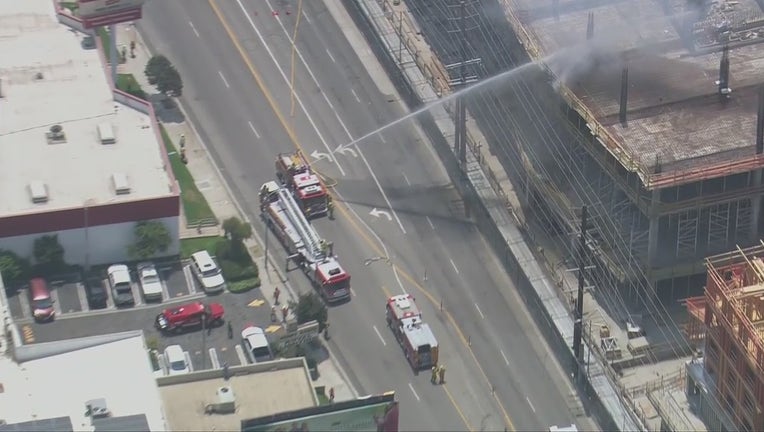 LOS ANGELES - One person has died and two others were injured in a fire that damaged a three-story building under construction in the West Los Angeles area.

The fire was reported about 12:10 p.m. in the 12100 block of West Olympic Boulevard, according to the Los Angeles Fire Department.

Paramedics were sent on reports that two people may have suffered electrical injuries.

Authorities said that the rebar on the construction site became electrically energized, injuring three workers, and igniting the structure fire.

Two workers were self-evacuated prior to firefighters' arrival and later were transported to an area hospital in an unknown condition. A third worker was pronounced dead on the scene of the construction site, fire officials said.

The fire was extinguished from the exterior in about 30 minutes.

The Los Angeles Department of Water and Power along with SoCal Edison were working to ensure the area was de-energized before firefighters entered to assist with body recovery.