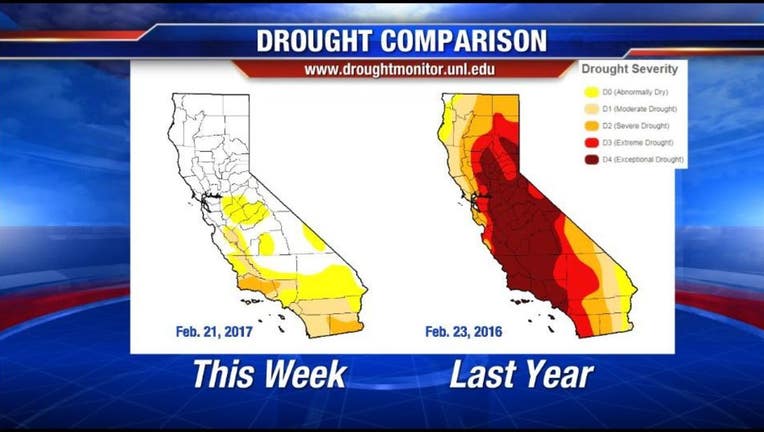 SACRAMENTO, Calif. (FOX 11 / CNS) - The vast majority of California is out of the drought, it was reported Thursday.

Less than 20 percent of the state faces any drought conditions and no place in California faces "extreme'' or "exceptional'' drought, the Los Angeles Times reported, citing the latest U.S. Drought Monitor report.

In recent weeks, parts of Santa Barbara and Ventura counties remained in serious drought. But the recent rains appear to have solved that problem, according to The Times. A year ago, more than 90 percent of the state was still
in some form of drought.

Parts of Northern California are on track to have their wettest winter on record, with the storms causing major flooding and massive snow deposits.

Southern California is having its wettest winter in years.

Earlier this month. the State Water Resources Control Board held firm in the face of opposition and extended emergency drought regulations, pledging to revisit them in May, once the traditional rainy season has ended.