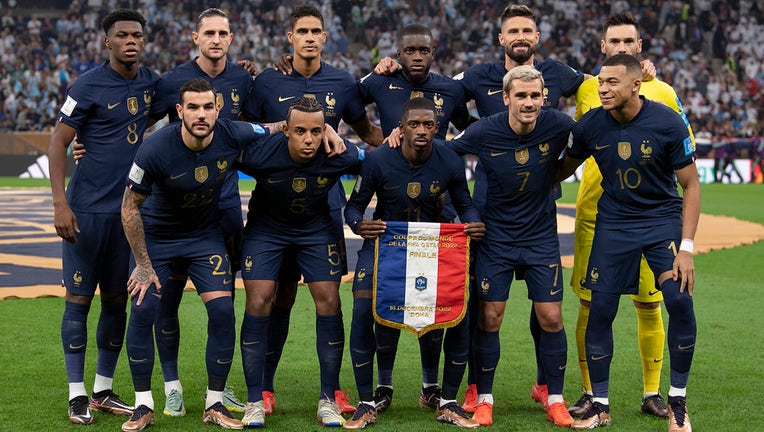 France line up for a team photo ahead of the FIFA World Cup Qatar 2022 Final match between Argentina and France at Lusail Stadium on December 18, 2022 in Lusail City, Qatar. (Photo by Visionhaus/Getty Images)

Sunday's 2022 FIFA World Cup final between Argentina and France was truly one of the best matches of all time, which left viewers on the edge of their seats.

Ultimately, Argentina won the World Cup in an epic final that lived up to the hype. After five attempts, Lionel Messi won his first World Cup, while Kylian Mbappé tried his best to lead France to back-to-back titles.

Now that the dust has settled and La Albiceleste have arrived back home to glorious fanfare, it is time for an early look forward to 2026, when the World Cup festivities will take place in North America.

Let's dive into some early odds for what will be the biggest sporting event in North American history in 2026!

RELATED: Was Argetina-France the best World Cup final ever?

Will Messi return for a record sixth WC in 2026, and will Argentina still be formidable? Can Neymar and Brazil rebound from a disappointing tournament that saw them knocked out in the quarterfinals?

Would a healthy France squad race right back to the finals next time around? Can the USMNT finally break on through to the other side with a win in the knockout stage?

Thankfully, we can dive right back into the World Cup from a betting perspective, as FOX Bet's sister site Betfair has us covered with hypothetical odds for the 2026 World Cup.

Here are the odds for favorites heading into the next Cup (odds via Betfair):

Argentina comes in as the fifth favorite to win the World Cup at +900, and for good reason. La Albiceleste will return young talent such as Julián Álvarez and Enzo Fernández. Yes, Lionel Messi will be 39 years old next tournament, but coach Lionel Scaloni is just getting started at 44. The big question remains whether or not Leo will be back in 2026. Messi did not rule it out when asked if he was done with the national team after winning. With or without the great Messi, Argentina will still be a force to be reckoned with.

Brazil is another strong favorite to take home the Cup, as they open at +550 to win it all. After being derailed by injuries in 2014, 2018, and now 2022, Neymar will be focused on his own Messi-like mid-30s redemption story. Or will he? Neymar himself said his national team future is cloudy. Either way, The Seleção will be loaded, but they need their younger talent to step up to get back on the podium. As long as soccer is being played, Brazil will find its way on a contender list.

France opened as the betting favorite to win the World Cup in 2026 at +500. Les Bleus were one of the youngest teams at this year's tournament and boast the best young star in the game in Mbappé. When you factor in that they had numerous key players out for injury this time around, it's no surprise why they are given such great odds when fully healthy. France will take some time to recuperate from this loss but expect them to be right back in the mix in 2026, especially if they have a healthy Mbappé, who should be the favorite to win both the Golden Boot and the Golden Ball in 2026. 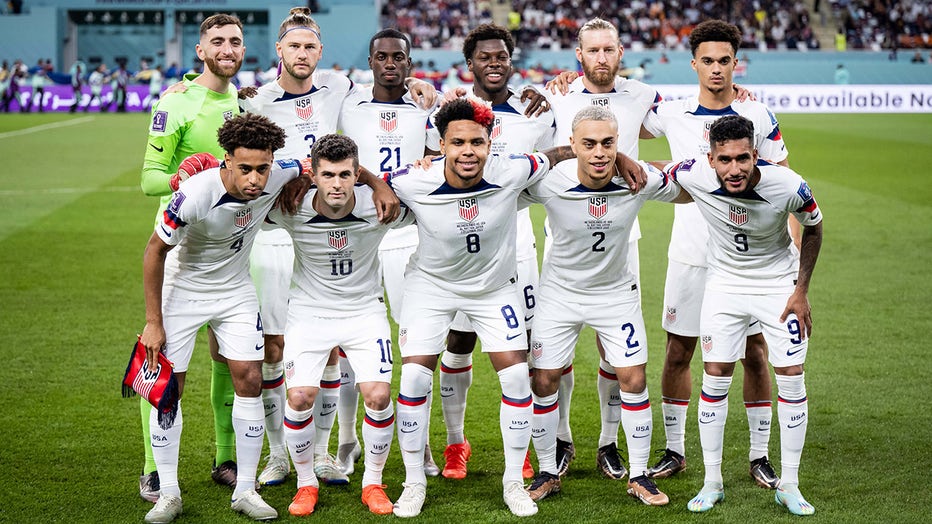 Team photo of USA prior to the FIFA World Cup Qatar 2022 Round of 16 match between Netherlands and USA at Khalifa International Stadium on December 03, 2022 in Doha, Qatar. (Photo by Marvin Ibo Guengoer - GES Sportfoto/Getty Images)

The USMNT (+1800) has long odds but a lot of things in its favor. Wales and England were played to draws this year, and the Americans will have home-field advantage for the first time since 1994. With record-breaking viewership of the 2022 World Cup, 2026 can be a breakout year for this determined USA side. Undoubtedly, this team needs a striker, but many countries can make that claim.  The United States is young, gaining experience, and will have higher expectations than they did in this tournament. Can The Stars and Stripes make a strong showing on home soil? Thankfully, the potential is there for a deep run.

LINK: Get more on this story from FOXsports.com