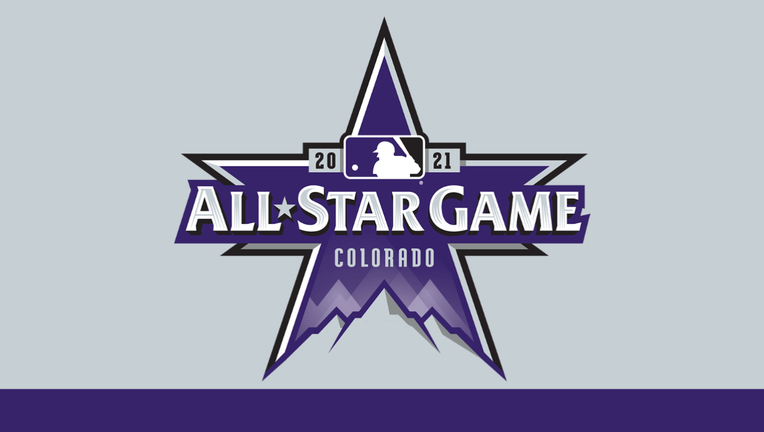 DENVER (AP) - A Sho-case for Shohei Ohtani became a grand stage for Vladimir Guerrero Jr., too.

Ohtani unleashed his 100 mph heat while pitching a perfect inning for the win in becoming baseball’s first two-way All-Star, Guerrero rocked Coors Field with a 468-foot home run and the American League breezed 5-2 Tuesday night for its eighth straight victory.

Near and far, the sport’s entire focus was on Ohtani from the very start.

Players on both sides climbed to the dugout rails to watch him, and the Japanese sensation went 0 for 2, grounding out twice as the AL’s leadoff man and designated hitter.

Jared Walsh, Ohtani’s teammate on the Los Angeles Angels, got a save -- with his glove. He made a sliding catch in left field on Kris Bryant’s tricky liner with the bases loaded to end the eighth inning.

So even with the teams decked out in new uniforms that social media deemed a strikeout instead of a home run, it was a familiar result. Mike Zunino also connected for the AL as it improved to 46-43-2 overall in the series.

Guerrero, at 22, became the youngest MVP in All-Star Game history.

A 27-year-old right-hander in his fourth big league season, Ohtani has dazzled. He leads the major leagues with 33 homers and is 4-1 in 13 starts as a pitcher, a two-way performance not seen since Babe Ruth in 1919 and ’20, before the Bambino largely gave up the mound for slugging.

Ohtani was a double triple-digit threat in Denver, hitting a 513-foot drive during Monday night’s Home Run Derby and throwing a 100.2 mph pitch to Nolan Arenado.

"He was as good as advertised," Arenado said.

"It was a lot more tiring compared to the regular season, but if everyone had fun I’m good with it," he said.

Ohtani retired Fernando Tatis Jr., Max Muncy and Arenado, a Colorado fan favorite, in order in the bottom half, throwing 10 of 14 pitches for strikes.

Major League Baseball even made a special rules tweak for Ohtani, allowing him to be replaced as a pitcher and to remain in the game as the DH after he was done pitching. He grounded out twice — Pittsburgh second baseman Adam Frazier ranged to make a nice backhanded pickup that prevented a hit against Max Scherzer starting the night.

Ohtani was pulled for a pinch-hitter in the fifth. Shohei’s shoes, meanwhile, were headed to the Hall of Fame, which collected his cleats and other gear for display in Cooperstown.

A win started with a Japanese pitcher ended with a save by an Australian. Hendriks was helped by a lucky bounce off the backstop that turned what would’ve been a wild pitch into an out at second.

"It’s a world game now," Hendriks said. "There’s a lot of us over here and hopefully there’s more to come with the exposure that Shohei and guys from the DR and Venezuela can bring to this game."

Despite another season of strikeouts that have alarmed baseball’s leadership, NL batters whiffed 12 times while AL hitters had just three strikeouts.

The AL has now won 20 of the last 23 All-Star Games with one tie thrown in.

While everything is measured with precision these days, Guerrero’s third-inning drive against Milwaukee’s Corbin Burnes was jaw-dropping even before Statcast revealed it went 468 feet, the longest since All-Star Games were wired in 2015.

As the ball landed at the top of the left-field seats under the huge video board, Tatis — the NL shortstop and another of the "juniors" among a record 42 first-time All-Stars — turned slowly and put both hands over his head.

Guerrero’s homer was the 200th in All-Star history and he followed in the bat path of his father, Vladimir Guerrero, who homered off Brad Penny in the 2006 game at Pittsburgh. They joined Bobby Bonds (1973) and Barry Bonds (1998 at Coors) and Ken Griffey Sr. (1980) and Ken Griffey Jr. (1992) as the only father-son duos with All-Star homers.

Guerrero added an RBI grounder in the fifth against Miami’s Trevor Rogers, and Boston’s Xander Bogaerts followed by an RBI single for a 4-0 lead. Both runs were unearned after shortstop Brandon Crawford misplayed Teoscar Hernández’s grounder for an error.

Toronto’s Marcus Semien had put the AL ahead with an RBI single in the second off Burnes, who took the loss.

Realmuto homered in the fifth off Soto, a more pedestrian 430-foot drive that was the first by a Philadelphia All-Star since Mike Schmidt in 1981.

Zunino cracked a 433-foot shot in the sixth against Taijuan Walker and allowed a run-scoring passed ball in the bottom half.

A crowd of 49,184 filled Coors Field, a stark contrast to the 2020 regular season played in empty ballparks because of the pandemic and many games with limited fans in the first half of this season while vaccinations became more prevalent.

Ohtani became the second straight Japanese pitcher to win the All-Star Game after the Yankees’ Masahiro Tanaka two years ago. Last year’s game was canceled when the season’s start was delayed by the pandemic to late July.