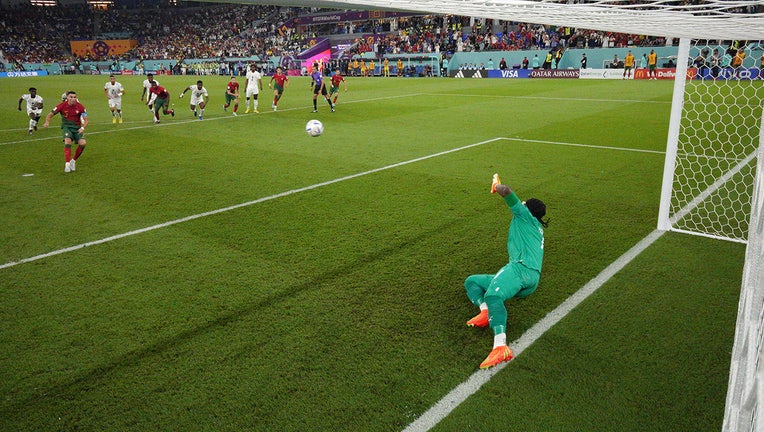 Cristiano Ronaldo of Portugal coverts the penalty to score their team's first goal during the FIFA World Cup Qatar 2022 Group H match between Portugal and Ghana at Stadium 974 on November 24, 2022 in Doha, Qatar. (Photo by Richard Heathcote/Getty Ima

DOHA, Qatar - Cristiano Ronaldo became the first male player to score at five World Cups with a goal for Portugal against Ghana on Thursday.

The 37-year-old striker converted a penalty in the 65th minute to give Portugal a 1-0 lead.

He has now scored in every World Cup since his first in 2006, when he converted a penalty against Iran in the group stage. 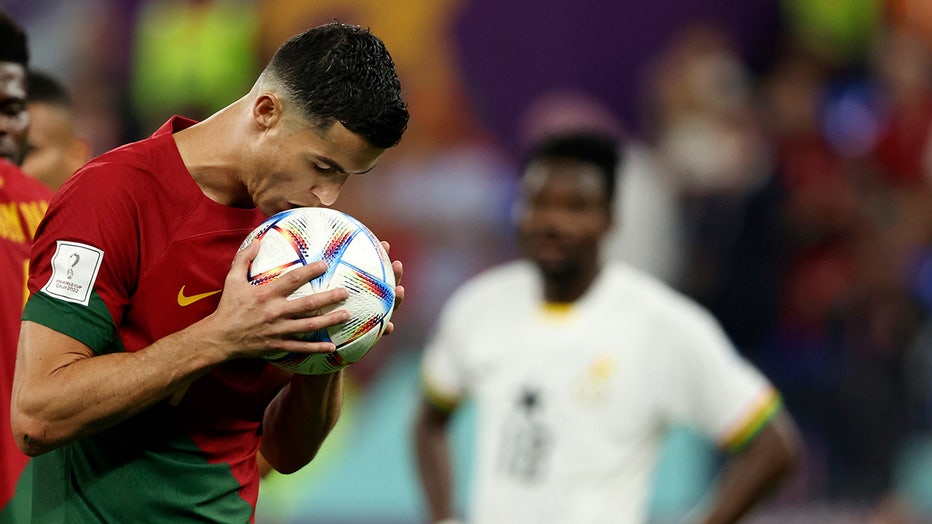 Cristiano Ronaldo of Portugal kisses the ball before taking a penalty during the FIFA World Cup Qatar 2022 Group H match between Portugal and Ghana at Stadium 974 on November 24, 2022 in Doha, Qatar. (Photo by Matthew Ashton - AMA/Getty Images)

Ronaldo scored one goal at the 2010 World Cup in South Africa, another at the 2014 tournament in Brazil, and four in Russia in 2018.

Ronaldo extended his men's record tally of international goals to 118.

Portugal hung on to top Ghana 3-2. Andre Ayew equalized for Ghana eight minutes after Ronaldo's goal, but Joao Felix regained the lead for Portugal in the 78th and Rafael Leao added a third. Osman Bukari reduced Ghana's deficit in the 89th.