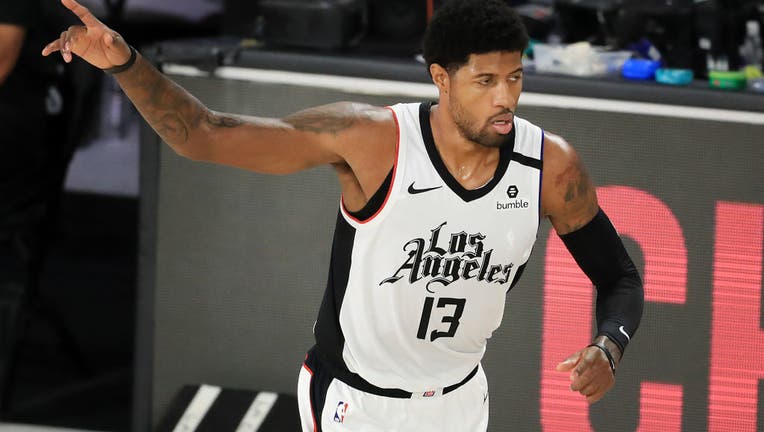 LOS ANGELES - The future of the Los Angeles Clippers is in the hands of Paul George. On Thursday, the six-time NBA All-Star signed a contract extension which guarantees him $226 million over the next five years, ESPN reported.

George’s contract was extended for an additional $190 million, topping the $35.4 million he was guaranteed for the 2021-22 NBA season.

The 30-year-old is a Palmdale native and previously played for Oklahoma City and Indiana.

In 2014, the Forward suffered a horrific leg injury playing for Team USA in the Summer Olympics. With his grit, George not only recovered, but bounced back to his All-Star status.

Some may call this an eyebrow-raising move for the Clippers after he underperformed for the team during the 2020 NBA playoffs. "Playoff P" and fellow All-Star and 2019 NBA Finals MVP, Kawhi Leonard, struggled and failed to get the Clippers to what would have been the franchise's first trip to the Western Conference Finals.

George later revealed to reporters he suffered from anxiety and depression inside the NBA Bubble.

It seems things may be on the upswing for George. In addition to his massive contract extension, he also became engaged to his longtime girlfriend, Daniela Rajic, last month.

The 2021-22 NBA is set to begin on Dec. 22. Under the direction of new head coach Ty Lue, the Clippers are set to take city rivals and reigning NBA Champions, LA Lakers, on opening night.