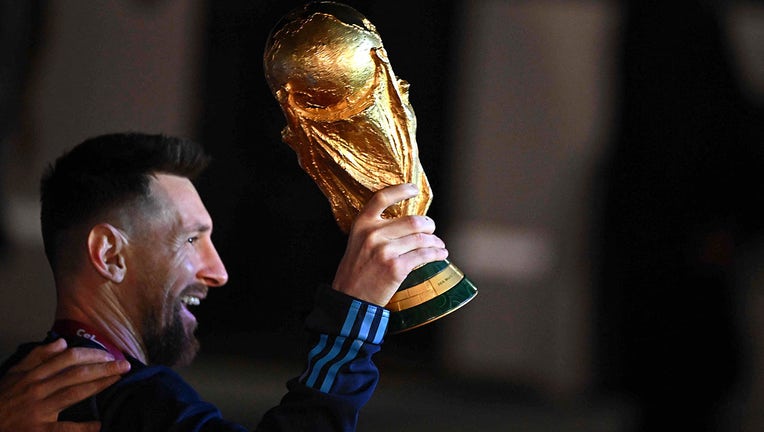 A day after winning his first World Cup, Lionel Messi added another accomplishment to his legacy.

Messi's first Instagram post celebrating Argentina's triumph over France on Sunday became the most-liked post by an athlete in Instagram history. The post, which has 10 pictures of Messi celebrating with his teammates and the World Cup trophy, has roughly 58.5 million likes as of Tuesday morning.

"CHAMPIONS OF THE WORLD!!!!!!!" Messi wrote in Spanish on the post. "So many times I dreamed it, so much I wanted it that I still don't fall, I can't believe it...... Thank you so much to my family, to all who support me and also to all who believed in us. We prove once again that Argentinians when we fight together and united we are able to achieve what we aim. The merit is of this group, which is above individuals, is the strength of all fighting for the same dream that was also the one of all Argentinians... We did it!!! LET'S GO ARGENTINA DAMN!!!!! We're seeing each other very soon."

Messi was actually a part of the previous record for the most likes on an Instagram post by an athlete. A picture featuring him and Cristiano Ronaldo playing chess as part of a Louis Vuitton ad prior to the World Cup was the previous record-holder for the most-liked post by an athlete in Instagram history. However, the post on Ronaldo's account received more likes (42 million) than the post of the same image on Messi's account (32 million).

Ronaldo has 519 million followers as of Monday, the most on the application.

Messi reached the 400 million follower mark on Instagram on Monday, giving him the second-most followers on the app.

Earlier on Monday, Messi made a second Instagram post celebrating his accomplishment, which was just a picture of him on an airplane smiling with the World Cup trophy.

LINK: Get updates on this story at FOXsports.com