LOS ANGELES - It appears Major League Baseball made a mistake when they announced the Los Angeles Dodgers clinched a postseason spot following Sunday’s 11-2 win over the San Diego Padres. 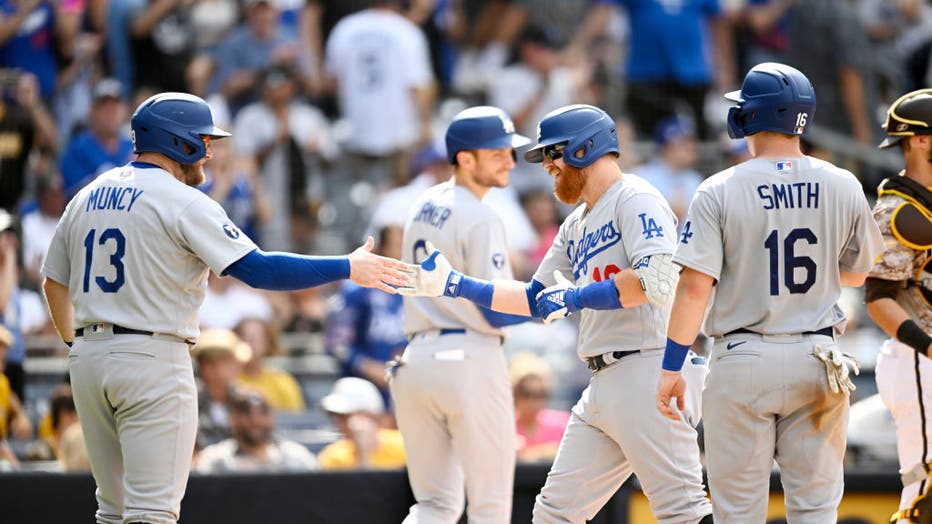 According to ESPN, the league announced Monday they made an internal error in the Dodgers postseason clinching scenarios, which means the "Boys in Blue" still need to win one more game before officially securing a playoff spot.

MLB reportedly used the Dodgers’ 4-3 record against the Milwaukee Brewers and failed to factor in the scenario of a three-team tie.

Still, the Dodgers started the week 20 games ahead of everyone else in the National League West with a 96-43 record.

The Dodgers play the Arizona Diamondbacks Monday and with a victory, they could secure the division title as soon as Tuesday.

Unaware of the error, manager Dave Roberts led a toast with sparkling wine after Sunday's win and the players and staff were given caps with the postseason logo.

"I don’t think it’s anything you can take for granted," said Justin Turner, who hit a grand slam and a solo homer in Sunday's victory. "I’ve been on some teams early in my career that didn’t have this opportunity, so I definitely feel fortunate to be a part of an organization that cares about winning and puts winning first."