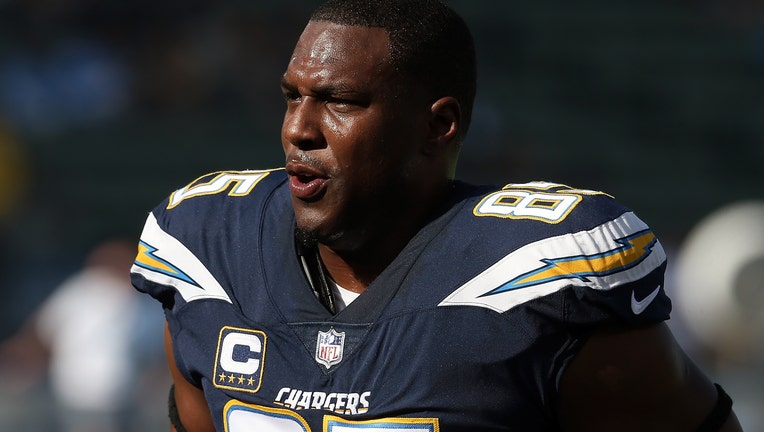 CARSON, CA - DECEMBER 31: Antonio Gates #85 of the Los Angeles Chargers is seen running onto the field prior to the game against the Oakland Raiders at StubHub Center on December 31, 2017 in Carson, California. (Photo by Stephen Dunn/Getty Images)

LOS ANGELES - Antonio Gates, who holds the record for the most touchdowns by a tight end in NFL history, announced his retirement Tuesday.

"After 16 seasons in the NFL, 16 seasons as a Charger, eight Pro Bowl appearances and many records broken, I find it hard to officially put this statement out and retire from the game of football," he said in a letter posted to Twitter.

The Detroit native thanked his fans and looks forward to his next journey.