WASHINGTON - Despite the odds, the Los Angeles Clippers do not give up. 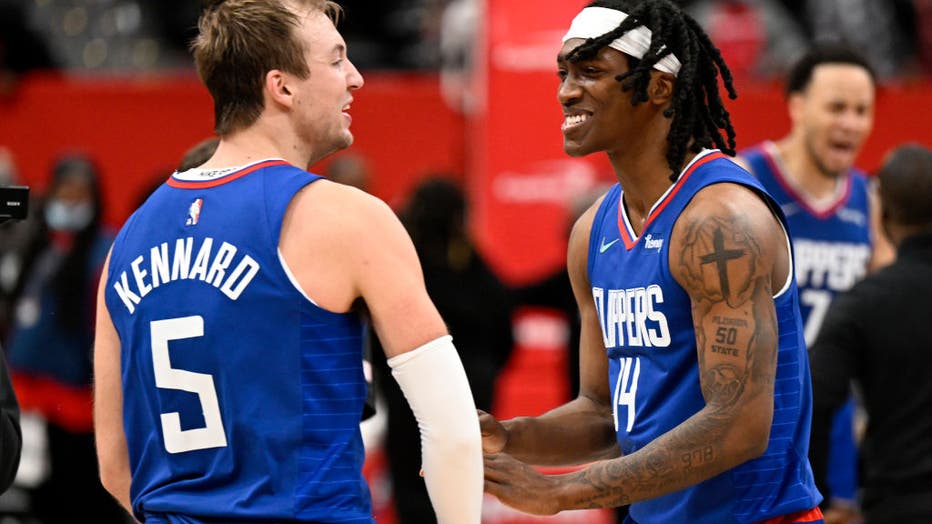 WASHINGTON, DC - JANUARY 25: Terance Mann #14 and Luke Kennard #5 of the LA Clippers celebrate after a 116-115 victory against the Washington Wizards at Capital One Arena on January 25, 2022 in Washington, D.C.(Photo by G Fiume/Getty Images)

Longtime Clipper fans are well aware luck is hardly ever on their favorite team’s side. However, making it to the Western Conference Finals for the first time in franchise history last season gave them a new reason to hope for what’s to come. Owner Steve Ballmer has nothing but faith and the Clippers will soon have their own arena. 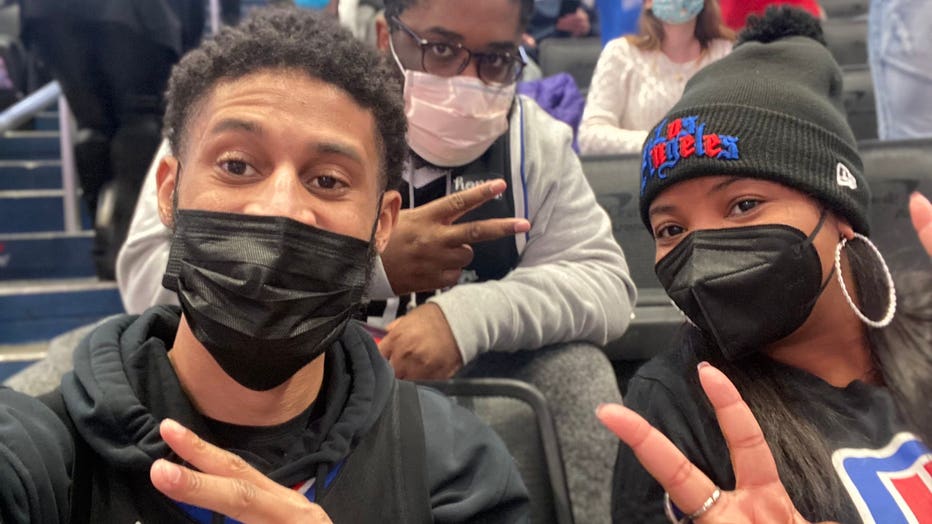 Jordan White and members of Clipper Nation at Capital One Arena

White, a diehard Clippers fan, grew up in the Washington D.C. area and recently moved to Los Angeles. He was happy to make a trip home to support the Clips. 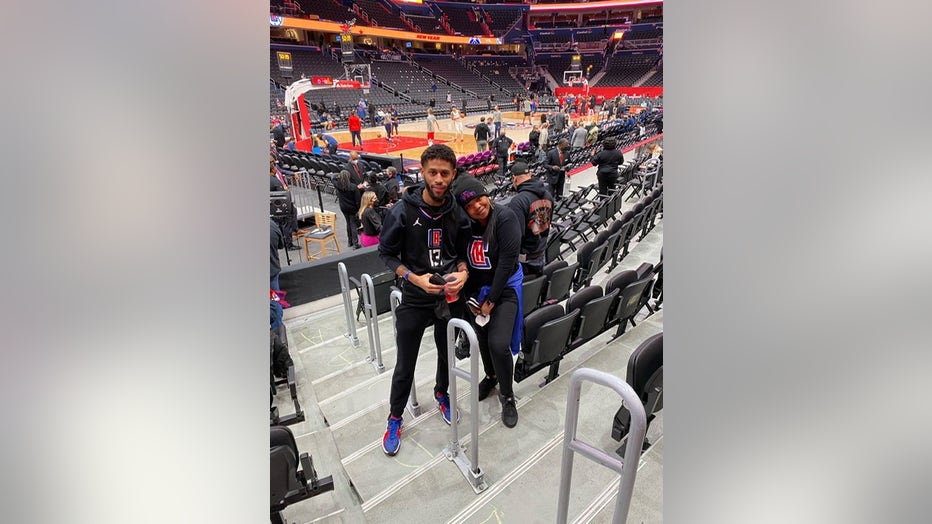 It may have been an away game, but White said there were a lot of Clipper fans in the crowd. Among them, were the mothers of Terance Mann and Amir Coffey.

White and fellow members of Clipper Nation can’t deny the first half of the game was ugly.

"In the first half, I was in good spirits. I was jawing with Wizards fans telling them we are going to somehow come back. I saw coach Ty Lue’s face and he looked unimpressed with how the team played, but the refs didn’t help him either," White said.

The Clippers had a sluggish start and after the first quarter, they were down by 35 points. The second quarter wasn’t much better and Washington held a 30-point lead at halftime.

The deficit was shared across social media as basketball fans and several media outlets did not hesitate to throw darts at the league’s easiest target. After all, the team has yet to even make it to the NBA Finals. And while it’s easier to root for LA’s other NBA team, Clipper fans remain loyal and have learned to accept all the negativity thrown their way.

Fans also know the Clippers can make impressive comebacks and head coach Ty Lue finds a way to help his team claw back.

White recalls what it was like going into the second half inside Capital One Arena.

"When I saw Coach Ty bench the starters in the second half, I knew it was time for the second unit to shine," he said.

The momentum continued going into the fourth quarter.

"As the 4th quarter began, I saw the shots started to fall and Amir Coffey just taking over. Down 3 after forcing a 5-second violation, I knew somebody was ready to hit a big shot," White said. 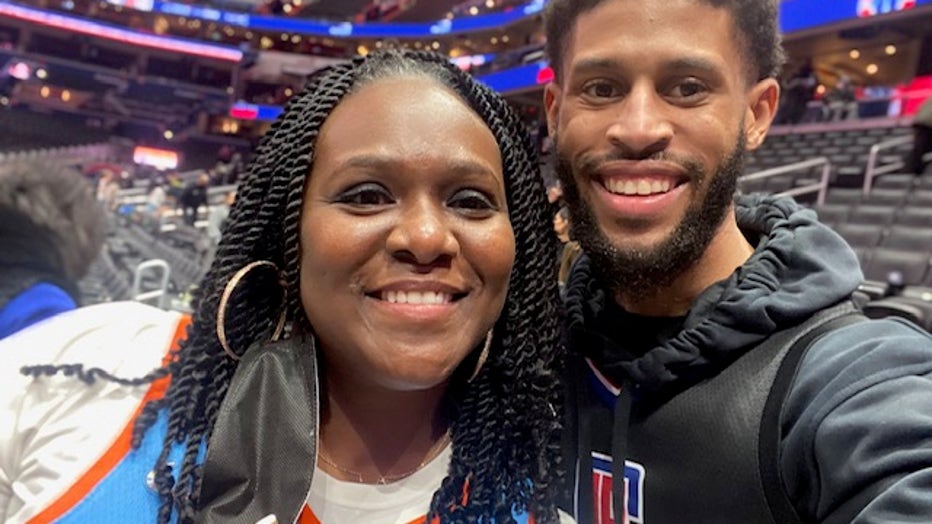 Luke Kennard, one of the most lethal shooters in the league, scored seven points inside the final 9 seconds, including a go-ahead four-point play with 1.9 seconds remaining.

Kennard hit a 32-footer out of a timeout and then, after Washington committed a 5-second violation, sank another 3 running to his right while absorbing a foul from Bradley Beal, the Wizards’ three-time All-Star.

Kennard made the free throw, finishing with 25 points and completing a rally that tied for the second-biggest in the NBA since the 1996-97 season. Beal was left to rue a fourth straight loss that dropped the Wizards to two games below .500 (23-25) for the first time this season.

From D.C. to Los Angeles, Clipper Nation erupted with cheers from their living rooms as Kennard hit the game-winning shot.

Clipper fan Ricky Chu’s Ring camera captured the moment he ran to his son to celebrate.

It is the second-largest blown lead in NBA history and the biggest comeback in Clippers history.

After a historic season, the Clippers have been struggling without their two stars Kawhi Leonard and Paul George. They are now the ninth seed in the Western Conference, which would put them in the play-in tournament when it comes to the playoffs. However, the team’s "Next Man Up" mentality has allowed other players to shine and get more minutes on the floor.

"To witness a comeback like that in my hometown was unreal. I have seen my Clipper Nation family celebrate so many wins in LA and I missed out. But to be able to see the fellas fight from 35 down when some thought the game was over put a smile on my face and is something that I will never forget. Regular season or not, this was a highlight to start 2022," White said. 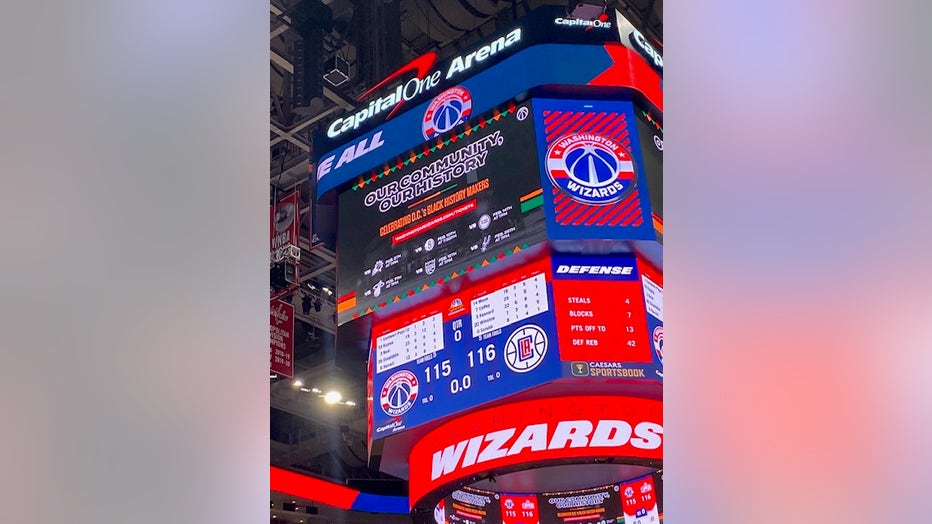 The Los Angeles Clippers are the NBA’s new comeback kings.