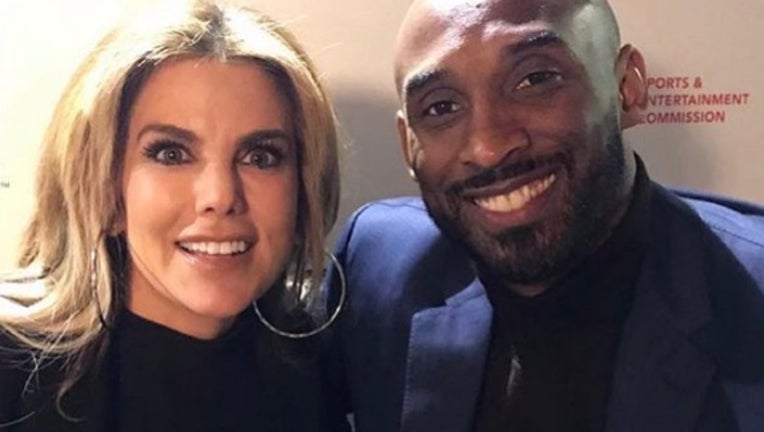 LOS ANGELES - FOX 11’s Liz Habib shares her perspective as she remembers the life and legacy of Kobe Bryant nearly one year after his passing.

She shares her memories below:

It’s been a year since Kobe Bryant died and I’m still stunned by the tragedy of his death. Like so many others, I will never forget that day. I had just arrived in Miami to cover Super Bowl LIV. I was with FOX 11 photographer Tony Buttitta when he got an alert that a helicopter had crashed near Calabasas. I live in a high rise in Los Angeles and in the days before I left for Miami, the marine layer was so thick I could not see across the street to the buildings on the other side. So I asked, "who would be flying in that weather?" and Tony responded, "probably a private helicopter." We didn’t know it was Kobe in that helicopter at that moment in time, but it’s a moment I remember. It wasn’t until about 30 minutes later that we learned Kobe, his daughter Gigi, and 7 others were on board.

We set up our camera on a random Miami street corner so I could immediately join our live breaking news coverage on FOX 11. I had covered Kobe for 12 years. I went to countless games, playoffs, championships, special events, parades, and press conferences. I saw him win, get frustrated, get angry, lose, win championships, celebrate, get injured, score 60 points in his last game, and incredibly win an Oscar. But in our last few interviews, the talk of winning games, injuries, opponents, the mamba, was gone. We talked about his dad life, his storytelling and movie making, the mamba mentality, and his girls. Here was a side of Kobe that I liked more than all the others; the sweetness, and excitement when he shared a story about Natalia’s volleyball skills, Gigi’s competitiveness, or how "freakishly strong" Bebe is. We ran my last interview with Kobe on FOX 11 on the day he died. I introduced it from the street corner in Miami, and while I listened to him describe being proud of Gigi on the basketball court, I broke down in tears.

So if you ask me what legacy Kobe has left, I see the girl dad. The magnificent superstar, rare even among the rarest, who achieved every pinnacle his sport could offer, but got his most tender joy from his daughters. He shared his proud moments of their successes. He gave them wings to be their best selves. He celebrated them, he coached them, he loved them. I work in a world dominated by men, and Kobe Bryant was one of the greatest stars in that universe. It was a privilege to have witnessed his achievements. But the legacy he left me and countless others, is the reminder that there is nothing more special than the bond between a dad and his daughters.

Watch FOX 11's final interview with Bryant below as he discusses Gigi handling pressure at the free throw line:

RELATED: Kobe Bryant talks about his daughter Gianna handling the pressure at the free-throw line