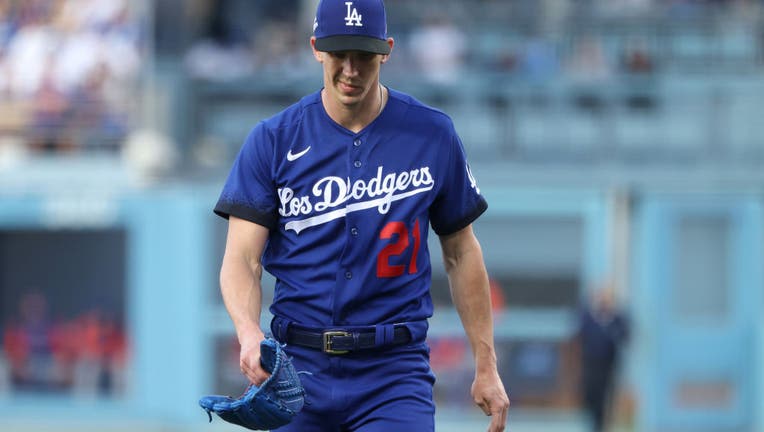 LOS ANGELES, CALIFORNIA - JUNE 04: Walker Buehler #21 of the Los Angeles Dodgers looks on during the first inning against the New York Mets at Dodger Stadium on June 04, 2022 in Los Angeles, California. The New York Mets won 9-4. (Photo by Katelyn Mu

Buehler has been sidelined for months ever since he was diagnosed with a flexor strain in his right elbow back in June. At that time he was shut down from throwing for at least six to eight weeks. Days later he had a bone spur removed from his elbow, according to a report from Juan Toribio of MLB.com, with reports saying that the procedure wouldn't affect his recovery timeline.

Buehler is scheduled to undergo surgery next week on Aug. 23. According to the team Dr. Neal ElAttrache will perform the surgery.

Buehler last pitched on June 10 in San Francisco against the Giants, pitching four innings while letting up three runs on four hits. He was the Dodgers' Opening Day starter in 2022, but will finish the season having thrown just 65 innings, earning a 7-5 record with a 4.02 ERA. Buehler has two years of arbitration left on his contract, which would make him an unrestricted free agent after the 2024 MLB season.