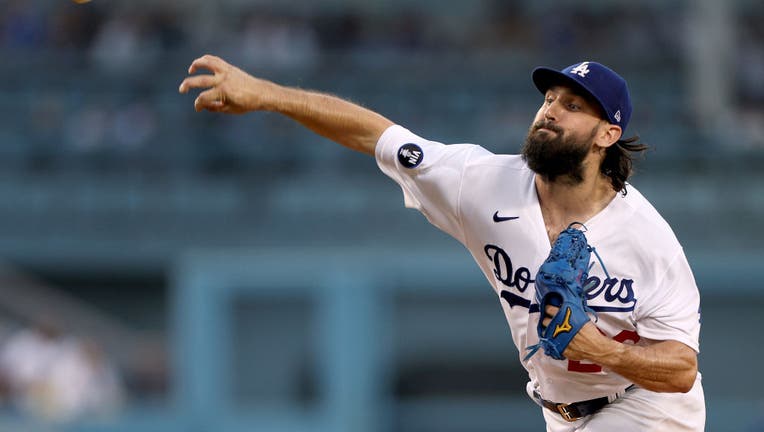 MIAMI (AP) - The Los Angeles Dodgers put All-Star pitcher Tony Gonsolin on the injured list Monday because of a strained right forearm, making the move as a precaution hours before his scheduled start against the Miami Marlins.

Pitching more than he ever has in his career, Gonsolin is tied for the big league lead with 16 victories. His injury is the latest for a rotation that’s helped the Dodgers post the best record in the majors.

"It just felt kind of tight coming out of the last outing," Gonsolin said. "I’ve dealt with a little bit of tightness early this year. Thought it was going to go away a couple of days and it lingered this time so we are going to push back."

After splitting time between starting and relief his first three seasons, the 28-year-old Gonsolin (16-1) has emerged as one of the top pitchers in the major leagues. The right-hander leads the NL with a 2.10 ERA and is tied with Houston’s Justin Verlander and Atlanta’s Kyle Wright for the most wins in the majors.

But Gonsolin’s workload also has increased, unlike his previous three seasons with the club. Gonsolin already has thrown 128 1/3 innings this season after a previous a major league high of 55 2/3 in 2021.

"One part of it is, you do lose a little bit of momentum of the season that you’re having. But I think the most important part is you have to do everything we can to keep him healthy," he said.

Gonsolin doesn’t expect to miss beyond the two starts during his IL stint. He said that an MRI wasn’t required after other tests revealed no structural damage.

"Every ligament test came out negative," Gonsolin said. "Everything is feeling really good other than a little bit of tightness when I throw."

The Dodgers, who began the day with a 19 1/2-game lead over San Diego in the NL West, recalled Michael Grove from Triple-A Oklahoma City. The right-hander will start against the Miami.

The Dodgers begin a three-game set at the NL East-leading New York Mets on Tuesday.