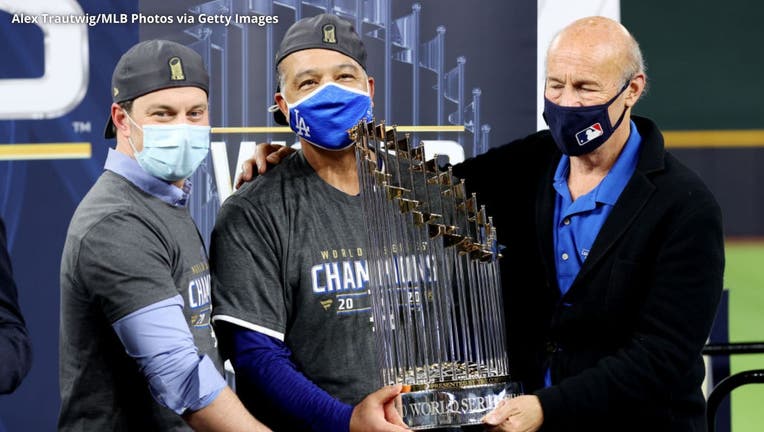 LOS ANGELES - Los Angeles Dodgers manager Dave Roberts says he is hopeful that some of the members of the 2020 World Series championship team will finally get their White House visit next weekend.

According to a tweet from Dodger Insider, the Dodgers skipper is hoping to take a small group to visit the White House to celebrate the team's 2020 title run. The Dodgers are in Washington, D.C. from July 1 through 4 to face the Nationals on the road.

Roberts did not specify which members of the 2020 title team will make the White House trip.

When the Boys in Blue won it all back in late October of 2020, the vaccine was not yet available for most Los Angeles County residents and Dodgers star Justin Turner was pulled in the middle of the Fall Classic due to a positive COVID-19 test. Those two factors, along with health officials across California and Los Angeles County desperately pushing residents to flatten the curve, a championship parade was never held to celebrate the 2020 squad.

PREVIOUS COVERAGE: Dodgers: No World Series celebrations in Los Angeles 'until it is safe' amid pandemic