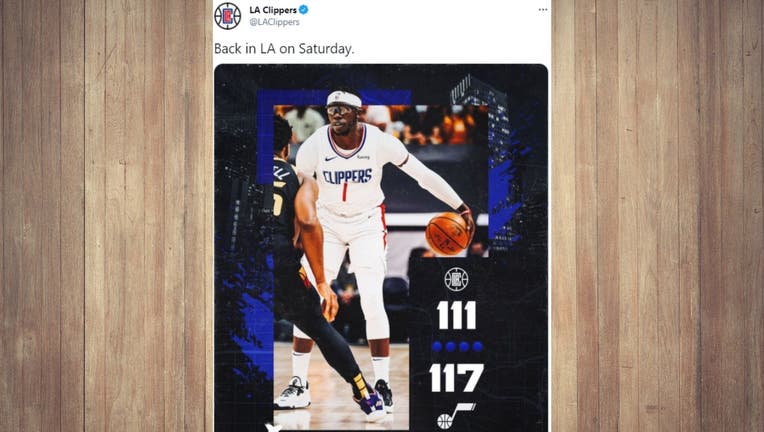 SALT LAKE CITY, Utah (KTTV) - The Los Angeles Clippers are once again in trouble in the 2021 NBA Playoffs as they are down 2-0 in a best-of-seven series, this time against the Utah Jazz.

The Clips fell to a 2-0 series hole after dropping Game 2 on the road 117-111 Thursday night. Jazz star Donovan Mitchell dazzled in Game 2, finishing the game with 37 points, making 15 of 29 field goal attempts and draining 6 of 12 three-point attempts.

Los Angeles had been hoping to bounce back after losing Game 1 112-109.

The Clippers return to Los Angeles this weekend to host the Jazz for Games 3 and 4. Saturday’s Game 3 at Staples Center tips off Saturday, June 12 at 5:30 p.m. PT.